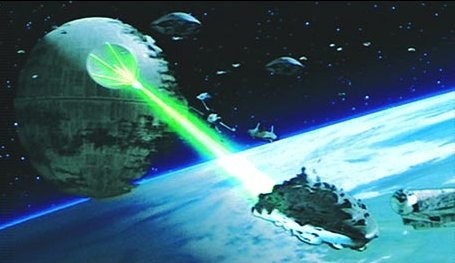 Yes, they're incredibly cool and freak the hell out of your cat. But c'mon, people. Quit shooting your laser pointers at airplanes and helicopters.

According to officials at Lambert-St. Louis International Airport, at least two aircraft a month in the region are targeted by laser pointers. For pilots, the beam of light can be incredibly disorienting and even lead to temporarily blindness if they're hit in the eye.

Last year, 21-year-old Justin Stouder was arrested after pointing a laser pointer at Metro Air Support helicopter in St. Louis County. At a news conference today, the FBI urged the public to learn from Stouder's mistake and warned that law enforcement would seek charges against anyone believed to have committed a similar act. Interfering with the operation of an aircraft is a felony that carries with it the possibility of 20 years in prison and $250,000 in fines.

In addition, the FAA recently announced it would begin seeking civil fines of $11,000 for people found to have aimed a laser at an aircraft.