5 Keys to Free Agency for the Rams 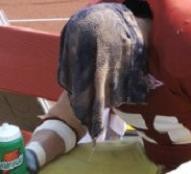 It's 120 degrees outside, maybe more. I saw a bird burst into flames a little while ago as it flew past the window, and the soles of my shoes are gummy, sticking to the pavement with every step. So, of course, the thing at the very top of my mind is America's favorite autumn pastime: football!
With it looking more and more like the NFL's league year could start any day now, meaning the imminent beginning of free agency, it's time to start looking ahead to what the Rams might be trying to accomplish once the league opens for business. The team finished the 2010 season at 7-9, missed the playoffs in disappointing fashion due to an absolute meltdown on national television against the Seahawks, and had what looks to be a productive -- if somewhat unorthodox -- draft. So where do they go from here?
Here are, in my ever so humble opinion, the four top priorities for the Rams as they try to shore up what looks to be an emerging team for a run at the 2011 NFC West.
According to John Clayton of ESPN, the Rams should be right in the neighborhood of $35 million under the salary cap as of today. That doesn't include signing draft picks (which the new rookie salary number should help with), or resigning their own free agent tenders. Still, that $35 million represents a pretty healthy number, one that should allow the Rams to make pretty much whatever moves they need. 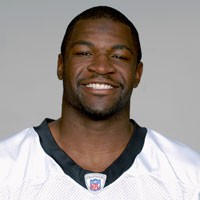 I think at this point that resigning Mark Clayton at wide receiver is nearly a foregone conclusion. The two sides were said to be close to a deal before the lockout began, and while there has been no official business since then, I wouldn't be exactly shocked to learn Clayton's agent and the Rams had hashed out some contract details in a strictly off-the-record fashion. If Clayton does indeed re-up with the Rams (and considering the rapport he had with Sam Bradford almost immediately I have to think all parties would like to see him do so), then I believe the Rams are probably done with their receiver corps.
They may not have gotten the big-name guy they were hoping for in the draft, but between the two young receivers they did draft and Josh McDaniels' apparent desire to emulate the tight end heavy offense the New England Patriots utilized last season, Bradford will have a bevy of targets to throw to, and more guys who need touches than can probably be taken care of every single week. Besides, there are plenty of other places for the Rams to spend their money.
1. Defensive Tackle
I know, I know, the Rams' defensive line was arguably their most productive unit last season, and easily the best overall part of the team. So why would the team prioritize it, when there are so many other, weaker areas?
It has everything to do with scheme, age, and availability. Steve Spagnuolo's defensive scheme relies on the D-line heavily, with pressure up front the chief characteristic of his defenses. When in doubt, a coach will always go to his strengths. Just as importantly, Fred Robbins was one of the team's best players last year, but he's in his mid-30s and the clock is ticking. The Rams have elite pass-rushers on the outside; they need one upgrade in the middle to make that area elite as well.
Potential Targets: Barry Cofield (Giants), Brandon Mebane (Seahawks)
And here's where the availability side of the equation comes into play. Cofield and Mebane are two of the stronger defensive tackles in the game, and either would fit the Rams' current philosophy like a glove.
Cofield would seem, to me at least, to be the ideal pickup. He has all the qualities the Rams are looking for, and he should. After all, he comes from the New York Giants, where he played under Spagnuolo as a defensive coordinator. Cofield is a fair enough pass rusher, recording 10.5 sacks in his 5 year career, but where he really excels is in run defense, where his lateral quickness allows him to seal off gaps as they open. He's a strong tackler, as well, and his familiarity with Spagnuolo's system is a plus.
Brandon Mebane might be an even more productive player than Cofield, and signing him would have the additional benefit of weakening a division rival at the same time. He had a huge season in 2008 and looked like a future superstar, but hasn't been back to quite that same level since. Still, he's a run-stuffer of the highest magnitude, a widebody who can clog up the middle like nobody's business. He has a nice first step as well, but lacks the speed to pursue, leading to fairly low sack totals. (With the exception of that 2008 season, that is.)
While both Cofield and Mebane would be outstanding additions, Cofield represents the better fit to me. He comes from Spagnuolo's system, and fits the physical profile a bit better as well. While Mebane certainly has plenty of bulk and strength, he's on the short side, at just 6'1". Cofield goes 6'4", and Spags seems to like his D-linemen with a bit of height, guys who can get their hands up at the line of scrimmage and possibly bat the ball out of the air. I look for Cofield to be the Rams' primary target in this free agency period.
2. Safety
With the departure of Oshiomogho Atogwe (I finally realized why I wasn't all that upset with Atogwe leaving: I won't have to spell Oshiomogho constantly), the Rams have a serious hole in their secondary. They're remarkably solid at corner (though maybe not quite as deep as you would like), but over the middle it's a different story.
That isn't to say the team doesn't have options. Craig Dahl was solid last year, and he's back. He's a strong tackler, but not as good in coverage. James Butler is on the downside of his career, and I don't expect a whole lot from him going forward. The wild card could be second-year man Darian Stewart, who played well enough last year in a limited role and whom the coaching staff seems very high on. Still, this is a very weak group, and if the Rams' defense is going to be elite this season an upgrade will likely be needed.
Potential Targets: Eric Weddle (Chargers), Quintin Mikell (Eagles)
This is a very nice duo of players, either one of whom would represent a huge upgrade for the Rams. Weddle is the prize, as he's one of the most productive safeties in the league, just a step or so down from guys like Ed Reed or Troy Polamalu.