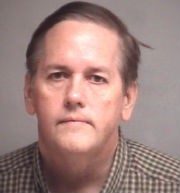 Michael Alan Crippen, was the pastor of the First Baptist Church in Duenweg (just east of Joplin), was arrested last October and charged with having more than 100 pornographic images of children on his home computer, including photos of kids under the age of 10.

According to court documents, Crippen told authorities that he most often viewed pornography early in the mornings before going to work at the church. He would typically download images and then delete them after feeling ashamed at what he'd done. He added that he was praying to God to help him overcome his pornography addiction.

Crippen, 51, could face ten years in prison and fines up to $250,000 when sentenced later this year.