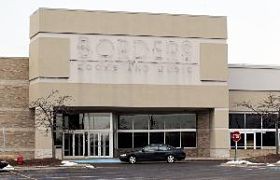 Borders has finally decided to put itself out of its misery and allow itself to be liquidated. By the end of September, all the remaining 299 Borders stores (including the six in the St. Louis area) will be gone, leaving 11,700 booksellers, baristas, store managers and corporate employees without jobs.

But that's not the only collateral damage -- and some local booksellers are not exactly jumping for joy over the loss of one of their biggest rivals.

"On one hand, it's very sad when any bookstore closes," says Nikki Furrer, owner of Pudd'nhead Books in Webster Groves. "But the closure of one of the two major chains will have consequences all through publishing. It's things people don't think about when they do their little Chicken Little dance."

For one thing, the publishing industry will be losing one of its biggest customers. Kathleen Schmidt, a book publicist, laid it out in a series of tweets Monday:

"The publishing business is going to retract back to what it was," says Furrer, "before the big chains started buying tons and tons of books. Publishers are going to turn out fewer crappy books."

Borders was known for paying special attention to paperback sales, and could promote certain titles, both paperback originals and reprints, into bestsellers. Without Borders' support, the paperback market could falter, especially with the rise of e-books, which cost about the same.

Once the publishers reduce their catalogs and print runs, they won't require quite as large staffs, so it's likely some publishing employees will be losing their jobs as well, starting with those who worked exclusively with Borders.

Furrer isn't so sure. "Target is going to give [Barnes & Noble] a run for their money," she says. "I also think people are going to start going back to libraries. People used Borders as a library anyway, as a place to go and do research. They'd sit there for two hours and maybe buy one book because they felt guilty."

Shelf Awareness, the book industry e-newsletter, also points out that over the next few months, Borders will be holding massive going-out-of-business sales, which could pose a threat to Barnes & Noble and other booksellers. (And, yes, Borders will continue to accept coupons and gift cards until the bitter end.)

When Borders filed for bankruptcy in February, it declared $1.29 million in debt. It also owed nearly $200 million to its vendors (mostly publishers and distributors) and landlords. Its unclear what those numbers are now.

Liquidation may not be so easy, either. Shelf Awareness reports that Kobo, the e-reader company in which Borders owns an 11 percent stake, filed court papers yesterday objecting to the "hurried and confusing sale process [that] leaves parties such as Kobo uninformed as to precisely what will be sold or how the Debtors intend to proceed with the potential assignment of unexpired leases and executory contracts."

The Texas comptroller also objects to Borders' motion to liquidate, Bloomberg News reports, on grounds that it doesn't require the liquidators, Hilco and Gordon Brothers, to pay federal and state tax. In the bankruptcy of Ultimate Acquisition Partners in Delaware, about $2 million of sales tax collected under Gordon Brothers' and Hilco's watch went unpaid, lawyers for the Texas authority wrote.

One company that won't be affected by Borders collapse is Seattle's Best, which runs the bookstore's cafes. Even before Borders' announcement Monday that it was done, the two companies had already agreed to a parting of ways, says Carrie Brickey, cafe supervisor at Borders in Brentwood. This Friday, July 22, Borders will start managing the cafes itself.

It's fair to say, though, that anybody who has been watching Borders over the years should not be too surprised by this turn of events. As far back as 2008, the chain was having money problems and had to borrow $42.5 million from its largest shareholder, Pershing Square Capital, to stay afloat. The following year, it sold off its UK holdings.

The industry watchers at Shelf Awareness thought the problems started much earlier, even before Borders' puzzling decision in 2001 to turn its Internet sales over to Amazon. They write:

To our mind, the single-largest factor for Borders's chronic problems were to be found at the corporate level -- starting with the unhappy merger of Borders and Walden [in 1992] and including, over time, the "category management" program, a revolving door of top executives and few people with book experience.

If that's true, then the truly amazing thing is not that Borders is dead, but that it lasted as long as it did.

"It's kind of sad," says Furrer, "but they were overinflated to begin with. There was too much square footage of retail space and too much discounting. They trained people not to buy anything unless it was 30 percent off. People don't want to spend money on things they don't value. They won't spend $15 on a paperback, but they'll drop $15 on a glass of wine at dinner."