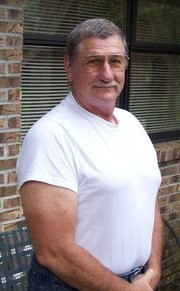 Sheriff deputies in southeast Missouri's Stoddard County confiscated $12,000 worth of synthetic marijuana during raids on local businesses last week. Now the distributor of the fake pot is suing the sheriff and the prosecuting attorney to get his product back  -- and send a message to authorities.

"Enough is enough," says Rodger Seratt, who yesterday filed a federal suit seeking $6,000 in actual damages and $1 million and $10 million in compensatory and punitive damages, respectively, from the county sheriff and prosecutor. "I know that what I do isn't a socially acceptable business, but it remains legal and what the sheriff and the prosecutor did is wrong."

The new law doesn't go into effect until August 28 and therein lies the rub. Did the Stoddard County sheriff and the prosecutor overreach when they decided to crack down last week on Seratt's merchandise?

Reached for comment, Stoddard County prosecutor Russ Oliver tells Daily RFT that his office doesn't have to wait until August 28 because laws passed in the 1970s ban analogues and/or imitations of controlled substances.

"The new law enhances the penalties of the those laws," says Oliver, "making them Class C felonies with possible sentences of up to seven years in prison."

Moreover, Oliver says he was compelled to crack down on the synthetic drugs because of a rash of illnesses blamed on the fake marijuana and cocaine.

"The prosecutor's office sort of acts like a hospital triage in that bigger crimes -- homicides, rapes, etc. -- get the most attention," explains Oliver. "Now the impact of these drugs have risen to the point where we had to act. We can't wait around 40 days or so to take action."

"But none of the places raided last week even sell bath salts!" responds Seratt. He says retailers declined his offers to sell fake cocaine at their stores, agreeing only to market the faux pot. Seratt either sells his fake marijuana (marketed as incense) to store owners for resale or allows them to sell it for him on consignment, which is why Seratt is personally out $6,000 from last week's raids.

What makes matter worse, says Seratt, is that his retailers had been in constant contact with Sheriff Carl Hefner to make sure they were okay in selling the synthetic marijuana marketed as K2, Spice and other brands, and were repeatedly told that they were on the right side of the law. (Hefner did not immediately return a call for comment.)

In late May Seratt filed another lawsuit against the State of Missouri seeking to block HB 641 on constitutional grounds. If Seratt can't get a temporary restraining order issued against the law by August 28, he says he'll retire from the business on August 27.

Until then, he plans to continue to legally sell fake marijuana and cocaine to his clients.

"The sheriff and the prosecutor said in a press release that they were going after the suppliers wherever they are," he says. "That's why I accompanied the process server yesterday to deliver the lawsuit to them personally. I wanted them to know who I was, and that I'm not backing down. I even had a bail bondsman on call if they tried to arrest me."