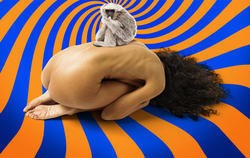 You gotta love those crackerjack reporters at TMZ.com. Not only are they soo all over the Charlie Sheen saga -- they've actually stayed on top of the equally tragic tale of the mother of his surrogate-spawned twins, Brooke Mueller.

Mueller is, of course, a case so pathetic that she not only married Sheen, but she actually appeared on Paris Hilton's latest train wreck reality TV show, sobbing about her inability to hold it together. (Fun fact: It was actually actress Rebecca Gayheart who set up Mueller, a woman who's long struggled with addiction issues, with Sheen. 'Cuz ya know, there's nothing so romantic than a cokehead finding another cokehead to marry and have babies with party with!)

Anyway, back to TMZ. The gossip website is reporting that Mueller is heading off to Cancun for another attempt at rehab -- and this time, she's taking the ibogaine cure.

RFT readers will remember staff writer Keegan Hamilton's epic report last year about the controversial substance, which is known to cure addiction by inducing one hell of a horrible high.

As Hamilton reported in "Shock the Junkie," his November 2010 feature,

Taken in sufficient quantity, [Ibogaine] triggers a psychedelic experience that users say is more intense than LSD or psilocybin mushrooms. Practitioners of the Bwiti religion in the West African nation of Gabon use iboga root bark as a sacrament to induce visions in tribal ceremonies, similar to the way natives of South and Central America use ayahuasca and peyote. Wilkins is one of a few dozen therapists worldwide who specialize in the use of iboga (more specifically, a potent extract called ibogaine) to treat drug addiction...

"All drugs have side effects, but ibogaine is unique for the severity of its side effects," says Dorit Ron, a neurology professor at the University of California-San Francisco. "I think ibogaine is a nasty drug. But if you can disassociate the side effects from the good effects, there is a mechanism of action in ibogaine that reduces relapse in humans."

As Hamilton reported, the drug isn't legal in the U.S., although there are people working to change that. Scientists are also experimenting with a non-hallucinogenic version of ibogaine, which they say seems to have the same ability to help users kick the habit -- without the horrible side effects that have long been part of the process.

For now, though, addicts like Mueller are stuck going to places like Mexico -- and dealing with the world's worst mindfuck as part of their recovery process. As Hamilton wrote in his RFT feature,

Most experienced users say the drug is extremely unpleasant when ingested in large doses, causing severe nausea, vertigo, sleeplessness and visions that can be nightmarish. The effects last up to 36 hours, and the strain can be so great that some users are bedridden for days after.

"I only took one capsule of extract. It was very weak, but it was still strong enough to make me puke for six hours," says Dana Beal, a New York-based activist and long-time lobbyist for ibogaine legalization. "I had my head in a wastebasket or sink or toilet the entire time. It's aversive. I can tell you from personal experience that I don't ever want to take it again."

So, OK, it's gonna suck. Our only question at this point: Can it be any worse than hanging around with Paris Hilton?