Watch Out, South! Megabus Now Careening Off to Memphis 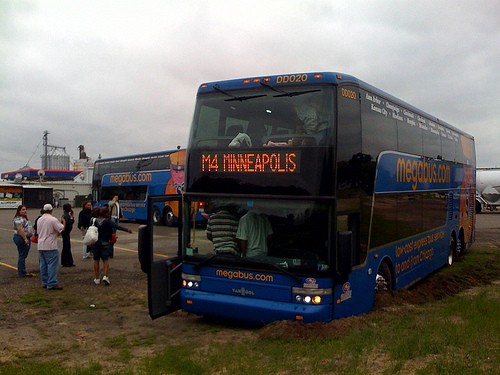 Love it or hate it, the Megabus remains one of the cheapest rides out of town (though its rival, Greyhound Express, does provide better free entertainment). Now it's expanding. The bus service will start service between St. Louis and Memphis next month. It will also increase its St. Louis-Chicago runs from three a day to five.

Both route changes will go into effect on August 17, and tickets are already on sale. Maybe if you get really lucky, you can see both Elvis and the elusive $1 fare.