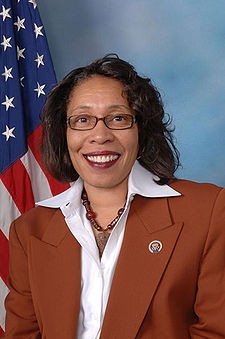 Next year, Missouri voters will be asked to consider an amendment to the state's constitution, requiring voters to bring an unexpired Missouri or federal ID card to the polls. But if some congressional Democrats have their way, the U.S. Department of Justice could halt the burgeoning voter ID movement long before then.

This morning, Congresswoman Marcia Fudge (D-Ohio), the Reverend Jesse Jackson, the ACLU and host of other groups concerned with progressive causes and/or civil rights are hosting a press conference on Capitol Hill, aimed at bringing attention to the measures, which have now been approved by legislatures in thirteen states. As they note, eleven percent of citizens eligible to vote lack the types of ID required by the new requirements -- and they believe the true intent is to disenfranchise minority voters.

Laura Allen, a spokeswoman for Fudge, confirms to Daily RFT that the congresswoman is preparing a letter asking the U.S. Department of Justice to investigate whether state measures such as Missouri's violate the federal Voting Rights Act.

"It seems to us that there is a violation here," Allen says. "We're asking the Attorney General to look into it."

Fudge hopes to get the letter to Attorney General Eric Holder tomorrow.

Lieberman, who has filed a lawsuit to challenge the ballot language for the constitutional amendment, says that 230,000 registered Missouri voters lack the type of ID that would be required by the amendment.