Twelve Years for a DWI? Too Much, Says Missouri Appellate Court 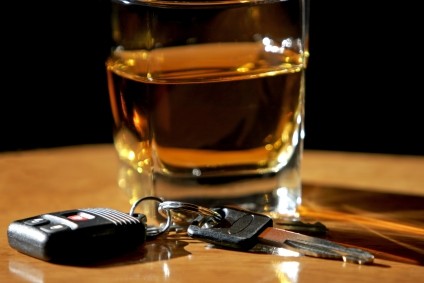 A Jefferson City man wasn't speeding when he got arrested for drunk driving. Nor did he hit anyone (or anything). In fact, he wasn't even, technically, driving. When police in Linn, Missouri, found James K. Wilson in May 2009, he was behind the wheel of his pickup truck, but he'd pulled the truck to the side of the road and was sleeping.

And by sleeping, we mean sleeping one off: Wilson's blood alcohol was .273, which is way over the legal limit of 0.08. He was charged with DWI and, after a jury trial, was found guilty.

That's all well and good. But what happened next was not, at least according to the Eastern District of the Missouri Court of Appeals. Wilson was sentenced to twelve years in prison.

Now, there's reason Gasconade County Circuit Court Judge Cynthia Eckelcamp chose to go there. The prosecutors had suggested that Wilson was a "chronic offender," citing his four prior DWI convictions. But Judge Eckelcamp never followed the steps required by law to determine whether Wilson was, in fact, a chronic offender -- steps that are supposed to happen before the jury trial even begins.

Instead, she simply sentenced to Wilson to twelve years in prison for the DWI at hand. And that, the appellate court found in an opinion issued this morning, went too far. "The trial court's actions in this case are deficient in that the court failed to make a finding of chronic offender status before submitting the case to the jury," the three-judge panel concluded. "Therefore, we remand for resentencing as the trial court cannot sentence [Wilson] as any type of prior offender for the DWI offense."

So Wilson, lucky guy, will head back to Judge Eckelcamp for resentencing. And this time, we suspect, he'll be getting far less than twelve years. We're probably talking about a sentence more along the lines of four years in prison.

Still, Wilson shouldn't start planning for future fun. As part of the same traffic stop in Gasconade County, he was charged -- and found guilty of -- one count of resisting arrest. (Police had to Taser him to get him comply, per the appellate court.) He's been sentenced to four years in prison, to be served consecutively with his DWI prison time.