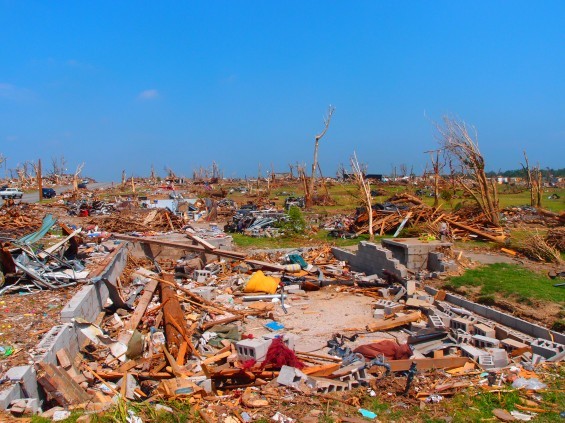 Sometimes, natural disasters bring out the best in people. But Attorney General Chris Koster alleges just the opposite of a Parkville, Missouri, based towing company.

Koster claims that Northland Tow Service LLC made false representations to some victims of the tornado that ravaged Joplin, and in other cases simply towed away cars without owners' consent. The company actually towed 54 vehicles outside state lines, to Baxter Springs, Kansas.

That allegation may sound familiar to RFT readers; writer Albert Samaha reported in June that residents were complaining of looters towing away dozens of cars without their consent.

And then there are the looters. "They started going through the rubble while people were still crawling out of houses," says Marvin Holbert, a Joplin resident....

Holbert was one of the first first responders. ...And all the while he was running around town, looking for lives to save in the hours following the tornado, he saw and heard the looters strike.

One brought his truck and chained cars to the back of it, and then chained more cars to the backs of those cars and so on, before dragging his clunky train off into the night, Holbert recalls. So Holbert and a bunch of others got together and protected the town in the subsequent nights - roaming bands of young and old, men and woman, shining lights and honking horns, chasing away the thieves as best they could. "It was all these people coming together," he says. "Lineman on the football team and the pot-smoking kids with piercings, guys who never hung out before, all riding around together, trying to protect their town. Kick one, and they all kick you back."

Since May 22, 30 cars have been reported stolen, according to the Joplin Police Department, which is more than double what the town usually gets in a month. Police Corporal Chuck Niess says he never heard about the thief who chained cars to his truck. But he does say that 50 people were arrested for looting within two weeks of the tornado.


Koster's office requested, and was granted, a temporary restraining order that prevents the company from doing business in Joplin or the surrounding counties, Jasper and Newton.

This is the second time the fair-haired AG has gotten a restraining order against a towing company up to no good in Joplin: Last month, he obtained one against Independence Tow & Recovery.

State records show that Northland Tow Service is owned by John Adamson of N.W. Highway 45 in Parkville. The company's been in business since 2002.