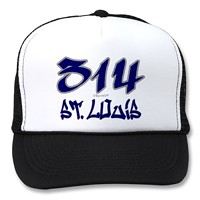 If brewing giant Anheuser-Busch gets its way, we won't just be living in the 314.

The St. Louis-based brewery, now owned by Belgian conglomerate InBev, has applied for a federal trademark on the area codes of fifteen cities, including Cleveland, Houston, Philadelphia, Phoenix and -- yep -- St. Louis.

As the Nashville Tennessean reports, InBev recently acquired the Chicago-based brewery Goose Island, which markets a beer called the 312. The paper speculates that, now that the company owns the brand, it may want to protect its asset by preventing copycats in other cities.

Or maybe the Belgians aren't content with controlling America's domestic beer supply and want to take over its cities -- one area code at a time!

An Anheuser-Busch spokeswoman confirmed the fifteen patent applications to Daily RFT, but said the company would have no further comment at this time.