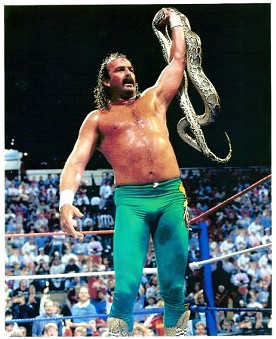 It ain't great being Jake Westbrook right now. Hell, it isn't all that wonderful having to watch Jake Westbrook at the moment, either. In fact, I would say it might actually be a little worse having to watch him. After all, none of us are getting paid to scream at our televisions as he scuffles through another tough outing.
It was more of the same last night, as the Cardinals found themselves in a Westbrook-dug hole five runs deep before the first out of the evening was recorded. Don't get me wrong; the comeback was most definitely stirring, and I blame Trever Miller's meatball to Scott Rolen for the eventual loss as much as anything, but when your pitcher puts you in that deep of a hole right off the bat, it's tough to feel good about your chances.
So what's been the culprit in Jake's abject awfulness this season? Has it been bad luck, or bad performance, or a little of both?
First off, I'll admit abject awfulness may be exaggerating a bit. Not a whole lot, but a bit. I just like the way the phrase sounds.
Second, as is usually the case, Westbrook hasn't been quite as bad as he's looked, but that doesn't mean he's been very good, either. There's definitely some bad luck, but Jake isn't exactly helping his cause in a couple key ways.
Really, the biggest problem for Westbrook this season has been walks. His 3.76 BB/9 rate is the highest he's posted since 2003, and well over a full walk per nine higher than his heyday of 2004-2006. On the other hand, he's striking out roughly the same number of batter he always has, so it isn't as if his stuff has fallen off significantly.
The most positive aspect of his line so far this season is his groundball rate, which would rank among the highest of his career. At 62.0%, it's the second-highest rate Westbrook has ever posted, with only 2004 (62.6%), seeing more worms slain.
The negatives, aside from the walks, are mostly of the bad luck variety, which should give us all hope Jake's performance will trend up rather than down. His batting average on balls in play is a slightly elevated .323, though to be fair when you field a middle infield like the Cardinals do on a given night you should probably expect a lot of grounders to get through. His strand rate is low, at 67.5%. Hopefully when those two things normalise a bit we'll see some stronger numbers from Westbrook.
His line drive rate is actually lower than usual in his career, so it isn't as if he's giving up tons of hard contact. Both his cutter and slider have been worth negative value this year by Pitch f/x, and he's going to the cutter more often than in the past. That seems to be a hallmark of the Dave Duncan plan (recently, anyway), but I'm not sure it's working all that well in this case. As it is, the changeup has been Jake's best pitch so far this season, which agrees pretty well with the eye test.
In reality, as bad as Westy has seemed to be, he's really pitching fairly close to what he's been the rest of his career. His xFIP (which is Fielding Independent Percentage adjusted for an average home run rate), is at 3.99, which is right in line with his career mark of 4.01. The walks are a concern -- especially since he seems to allow them in bunches this year, though that could be selective memory at work -- but the rest of his body of work isn't all that much different from any other year.
It's lucky for the Cardinals Jake looks likely to improve, because they're going to need him to do so in the worst way possible if they're to have any hope of hanging tough for the rest of the year. The rest of the rotation simply isn't strong enough to support a number three with a number six ERA.