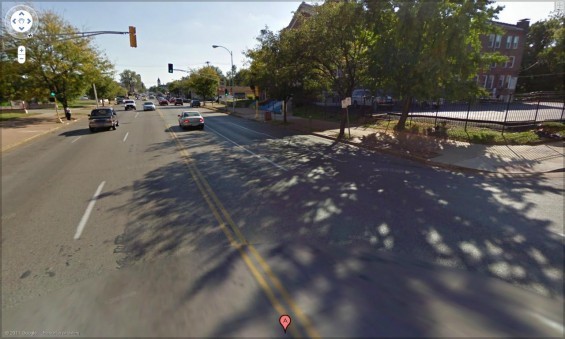 In the first case, 32-year-old Patrick K. Smith was dropped off at a St. Louis emergency room by a friend around 6:40 a.m. yesterday. Smith had been shot multiple times and was pronounced dead at the hospital. Smith is from the 9800 block of Green Valley Drive in north St. Louis County; his friend told police he'd been shot at the 5000 block of Ridge, which is near North Kingshighway and Martin Luther King Jr. Drive.

Sixteen hours later, police discovered the body of a 22-year-old north-county man who hailed from just about a half-mile from Smith. Calvin Ross, of the 9600 block of Vincennes, was found in an alley near 5700 Woodland, in north city. He had been shot multiple times.

In both cases, the investigation is ongoing.