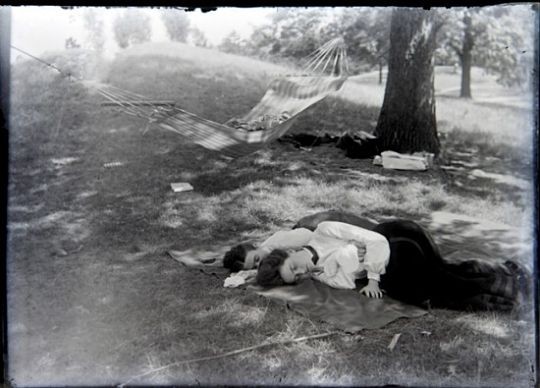 Forest Park turned a whopping 135 years old almost two weeks ago, and we're getting nostalgic. And those feelings were only egged on by the recent discovery of this blog from TOKY account manager John Foster, who earlier this month came into a box of old glass plate negatives filled with images of the St. Louis of yesterday. The photos that have resulted so far are gorgeous: black-and-white scenes of both original architecture and legitimate frolicking in the city's colorful history.

"Every image was a fresh discovery, like opening a trunk of your great, great grandparent's," says Foster, who collects found photos and self-taught art. "I was looking at images that haven't seen the light of day since they were taken. I've seen pictures of the World's Fair, but I've never seen pictures of them constructing the World's Fair. This is like a little time machine of St. Louis."

The negatives traveled through roughly 70 years of lost history before a friend of Foster's bought them at a flea market in Chicago 30 years ago. It has taken them almost 100 years to find an audience with their hometown.

Although some photos have proven difficult to place within the city limits, most are easily traceable to remaining city icons --Tower Grove Park, street scenes, Washington University. There are a little more than 100 photos, 98 percent of which Foster believes will be salvageable. The ones that are left show signs of gentle decay in the emulsion, a sign of their historical value.

"To me, the decay around the edges becomes a sort of frame," Foster says. "I kind of like it. It says to me that these are fragile. These are old. By some tiny miracle, they have survived to be seen."

The Missouri Historical Society has asked Foster for a book proposal, which would compile the boxes into a bound history. Foster has shared eight photos so far on his blog at TOKY.com, and more of his discovery will be ready to share soon. The photos now available for viewing include scenes of the old City Art Museum, the Missouri Botanical Garden and a pretty glorious nap scene (above) that Daily RFT plans to recreate as soon as possible.

In the mean time, we hope you meander over to Foster's blog to enjoy the photographic history of our city. It's kind of beautiful. 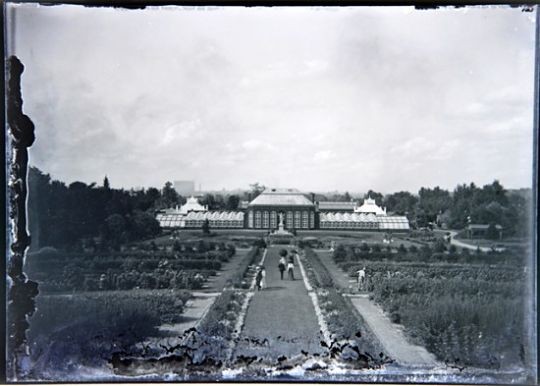 Apropos of Nothing History