Some Further Thoughts About Pitch Counts 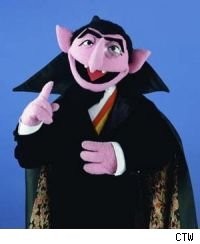 Last Thursday, after Chris Carpenter threw better than 130 pitches in a complete game victory, I wrote a column about the high pitch counts he's been amassing of late. In case you don't feel like reading the whole thing, here's the gist of it: Carp has thrown an assload of pitches lately (that's the correct term for pitches, by the way; it's a murder of crows, a school of fish, an assload of pitches, a sloth of bears, etc.), and it concerns me.
There were some interesting comments left in the comments section of the post. My old friend Gerry pitched in with a point about the bullpen being so taxed. It's a point well made, as saving the Cards' bullpen has become a near full-time occupation. (Congrats on the Bruins win, by the way, Gerry. The second they put that last game away, the first thing I thought of was you.) I can understand the need to push the starters a bit deeper given the bullpen's struggles. It doesn't mean I have to like it, but I can understand the necessity.
The other big point raised was made by our uber-blogger here at Daily RFT, with Chad quoting Mike Claiborne from KMOX following the game in question. I thought it was interesting that I had planned on writing a follow-up post on Friday, but just couldn't get to it. Well, considering Carpenter spun another masterpiece yesterday -- and threw close to an assload of pitches, doing so once again -- I'm going to celebrate my lucky timing and write said follow-up right now.
Here is the full comment from Señor Garrison:

​The other side of this notion I have a real problem with is the idea that pitchers in the old days were somehow tougher, that they could handle workloads modern guys just can't. The anti-pitch counters tell of Nolan Ryan, of Sandy Koufax, of Don Drysdale, of -- as the original comment eluded to -- Bob Gibson. Those guys threw incredible numbers of pitches, and innings, and came out just fine.
Well, guess who you don't hear about? The hundreds -- or thousands, more likely -- of pitchers who had three-year careers and then retired with a dead arm at 25. Hall of Famers are in there for a reason; namely, they are the furthest possible outliers of human ability. Even the other guys, who were outlier enough to make it but blew out their elbows or shoulders, fall short.
Hell, even amongst those enshrined there are stories of careers cut short. Koufax himself was done at 30. He was one of the most dominant pitchers who has ever lived, and he threw over 320 innings his last two seasons in baseball with an arthritic elbow slowly collapsing in on itself like a dying star. A few less pitches along the way and maybe he wouldn't have been out of the game before officially moving into his thirties.
Dizzy Dean, still the last man to win 30 games in the National League, retired at 31 and threw only relief for the Cubs (gasp!) after the age of 27. He won an MVP award in 1934, finished second for the award the next two years, and was an injured shell by '38. The story goes he hurt his toe and his arm got sore from favouring the foot. Hmm. Seems to me the 107 complete games he threw from '33-'36 might have had something to do with it. But what do I know?
Yes, it was amazing the things those pitchers managed to accomplish. But even among the legends there are those who were gone too early, victims of wear and tear. That's to say nothing of the many who never got anywhere near those numbers, who don't show up in the record books because their arms just gave out.
Finally, the last issue I would take with all this is the fact we're talking about Chris Carpenter here. The argument seems to be, "Hey, he's a big, strong guy, and he was throwing free and easy, so leave him in. He'll be fine."
Okay, first off, what does throwing free and easy mean? Honestly, that has to be one of the most useless statements I've ever heard anyone make, and as a lifelong sports fan I've heard some shockingly inane drivel from broadcasters before. Anyway, Chris Carpenter most definitely is a big, strong guy. He also happens to have had several major arm surgeries, a list of injuries two miles long, and frankly atrocious mechanics. (Seriously, look at his arm action in slow-mo sometime. Carp looks really fluid throwing, but his arm is doing some really horrifying stuff, even by pitcher standards.) It's just irresponsible to ignore those things when evaluating whether or not he can keep throwing 120+ pitches per game.
I really do agree with some of the anti-pitch count people, in that I do think pitchers, by and large, should be able to throw more pitches than they do if need be. But until we have a better method of assessing just how much stress a given pitcher is putting on his arm and how long it can take it before blowing, this notion of rolling back the clock willy-nilly in the name of toughness and the magic of Bob Gibson is just going to lead to more injuries, and more pitchers future generations will never hear of.