Poll: Should Saggin' Be Banned by Ordinance? 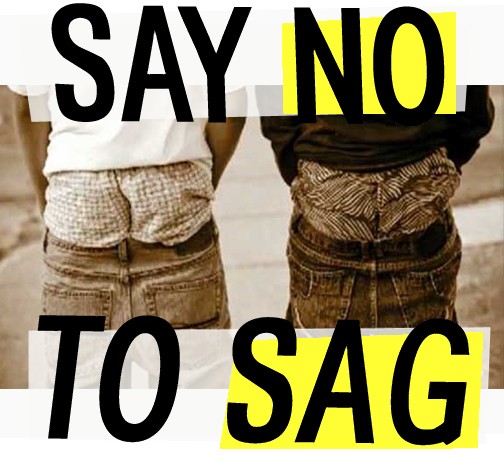 Collinsville councilwoman Liz Dalton has proposed a ban on sagging. Violators could pay a fine of up to $300, with possible community service.

Her reason: Several constituents asked her to (according to KMOV), including one family left totally aghast when some saggers sauntered by on Mother's Day. Of all days.

His reason: It's a slippery slope. Where would it stop? Piercings? Cleavage? "It's a civil liberties thing," he says.

Would you ever support a saggin' ban? Vote after the jump...

Of course, there is an alternative...and that alternative is called "Bagg'ns."