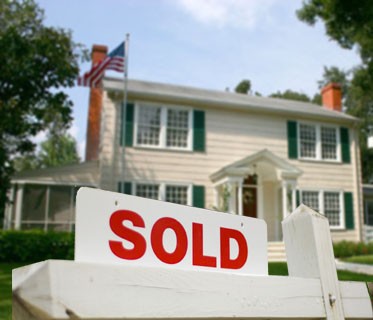 Financier Rex Sinquefield may have found his most formidable (and numerous) opponent yet: Missouri's licensed real-estate agents.

Last week the Missouri Association of Realtors (representing some 18,000 brokers in the state) renewed its opposition to Sinquefield's "Fair Tax" proposal by publicly condemning the initiative.

In January Sinquefield filed nine initiative petitions with the Secretary of State's Office that would do away with Missouri's income tax and replace it with higher and broader sales taxes if approved by voters.

The realtors' association already scored an early victory against the so-called "Fair Tax" last November when an astounding 83.7 percent of Missouri voters passed Amendment 3 that prohibits a sales tax from ever being imposed on the purchase of residential or commercial real-estate.

No such tax currently exist, btw. The realtors wanted the law because they feared that  Sinquefield's Fair Tax would attempt to add sales fees for real-estate purchases in order to make up for the loss in tax base should the state do away with income tax.

"With the nine different ballot initiatives all saying different things, it's hard to know for sure just what the fair tax would include," Scott Charton, a spokesman for "Missourians for Fair Taxation" tells Daily RFT. "And when Missouri voters are confused, they're famously cautious for good reason."

For the realtors, their fight just doesn't end with last week's statement or Amendment 3. The realtors' association is also fighting the Fair Tax in court, after the state's Republican auditor, Tom Schweich, punted when asked to estimate how much the Fair Tax would cost Missouri. (One estimate conducted by the budget director for former Gov. John Ashcroft determined that without an income tax Missouri would need a blanket sales tax of 9 to 12 percent -- far more than the 7 percent suggested by Fair Tax proponents. Missouri's sales tax now is 4.225 percent.)

The Missouri Association of Realtors is also attempting to organize a campaign committee to actively challenge Sinquefield's group, known as Let Voters Decide. In March the realtors' association donated $135,000 to start Missourians for Fair Taxation, a fledgling group that doesn't even have a website yet.

That said, Missourians for Fair Taxation is asking anyone and all to join its efforts.

"This is a non-partisan issue," says Charton. "You'll find that even among realtors there are people on both sides of the political extreme who fear the Fair Tax could gravely damage Missouri's economic future."