Tizzy Dickerson: Sentenced to Life Without Parole for Murdering Man With Car 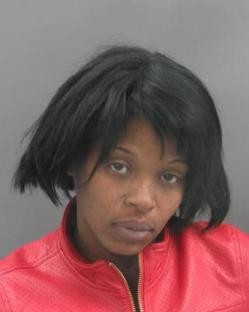 Those were the words witnesses say Tizzy Dickerson uttered on a cold January night in 2010 when she got behind the wheel of her car and intentionally ran over an injured Lamont Collins as he lay sprawled out in the street.

Moments earlier, Collins and Dickerson had been inside the north St. Louis watering hole Marsha's LTD Bar & Grill when a fight broke out and spilled into the street. Soon, Collins, 36, was knocked onto the pavement and Dickerson and several others piled into a sedan. Behind the wheel, Dickerson, 32, decided to finish off Collins for good.

Prosecutors allege that she aimed the vehicle directly for Collins' head then fled the scene. Police finally picked her up months after the killing.

On May 19, a St. Louis jury found Dickerson guilty of first-degree murder. Yesterday she was sentenced to life in prison without possibility of parole.

Another horrible driver off the streets for good.