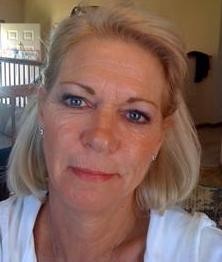 Investigators in Jefferson County are awaiting test results before determining the cause of a bizarre death over the weekend.

Phyllis Temme, 53, called 911 from her home in rural Festus around 4:11 a.m. Saturday to say she'd just been assaulted and the house was on fire. When police arrived to the home on Ogle Ridge Road, the residence was engulfed in flames. Temme's body was later found inside a bedroom.

Temme's husband, Steve Temme, is a Saline Valley firefighter who was working when his wife called police and was discovered. He's not a suspect, according to the Greater St. Louis Metropolitan Case Squad, which investigated the case and ruled it a non-homicide.

Still, how did Temme die?

Initial reports suggest the fire was not accidental. Meanwhile, neighbors tell KMOV that they observed a car speeding down the street just after the fire broke out.