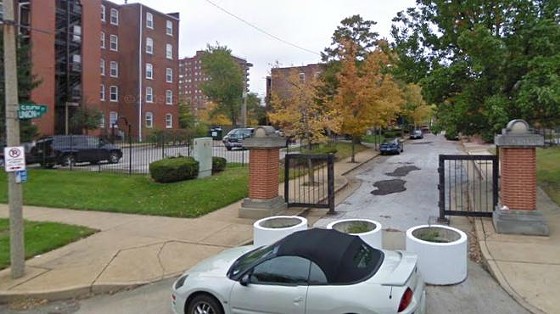 According to police, a 34-year-old man was attempting to repossess the suspect's car when the elderly man pulled out a weapon and began firing. The repo man was shot in the back as he jumped into his tow truck and fled the scene. He later crashed a half-block away at the intersection of Delmar and Union. The repo man is now in the hospital and listed in "serious" condition.

The suspect is in custody and his name will be released if/when warrants are issued.