Diver Who Wants to Find Body of Osama bin Laden is a Former St. Louisan (We Think) 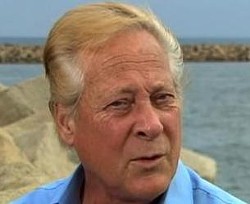 Warren, a treasurer-hunter and diver from California, made news this week for his plan to search the Arabian Sea for the corpse of Osama bin Laden. Still, something told us that we'd heard Warren's name prior to today's headlines.

Waaaay back in 2005, Riverfront Times reported on a Maryland Heights man who planned to search the waters off Aruba for missing American Natalee Holloway.

So, is the Bill Warren who wants to find bin Laden the same Bill Warren who wanted to find Holloway? We can't say for certain. In our exhaustive (two minute) Internet search, we could not find a way to contact Warren(s). Still, we think it's probably more than just a coincidence that the two divers share the same name.

The Warren in the news today says he will use sonar to find bin Laden's body. In 2005, the Warren we spoke to planned a less conventional way to find Holloway. It involved stringing his California-based business partner, Joe Barnett, up to the back of a boat.

"I will rent a boat, and I will pull Joe slowly on a long rope, like shark bait," Warren told us. "When he releases and disappears, you know he's found something."