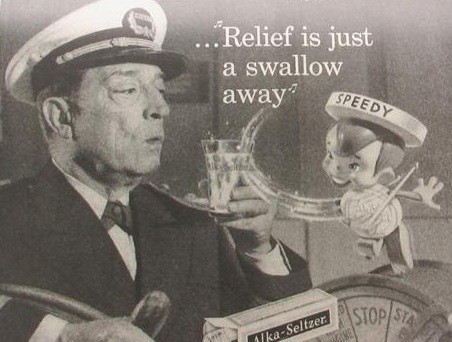 The Cardinals are currently carrying eight -- count 'em -- eight relievers. So can anyone tell me why, exactly, we all had to watch one of the worst relievers in all of baseball this year blow last night's game?
Seriously. I really want to know if anyone out there has an answer. Go ahead, think about it for awhile. I'll wait. Try to tell me why Miguel Batista was on the mound, with absolutely no one warming behind him, in an actual, meaningful baseball game.
So what did you come up with? Nothing? Huh. That's what I was afraid of. I can't come up with anything, either, and that bothers me. Poor performance is one thing; inexplicability is another entirely.
The Cards have four really excellent relievers from the right side. Fernando Salas, Eduardo Sanchez, Jason Motte, and Mitchell Boggs have all been well above average pitchers this year, and it's mostly thanks to their efforts that I haven't had to write nearly as many bitchy columns about the bullpen lately as I was earlier in the season. Brian Tallet has been fairly effective from the left side, if not particularly flashy about it.
On the other hand, though, the Cardinals are still carrying three of the least effective relief pitchers in all of baseball on their roster. Ryan Franklin simply cannot be trusted. (And to the credit of the manager and pitching coach, he mostly hasn't been trusted.) Trever Miller, I'm done defending you. All along I've held out hope for a turnaround from Miller, considering how good he had been in the past for the Cards. Looking at his game logs, though, I just don't think he's effective anymore.
Far too many times this season Miller has come in and failed to get the one hitter he was given responsibility to get. His ERA still looks good, but consider this: Miller has faced 58 batters on the season. He has allowed 12 hits, 8 walks, one intentional walk, and has hit a pair of batters. Add it all up and that's 23 hitters who have reached base out of 58 total faced, for a .397 OBP against. That's not so good.
Batista is the most irritating of the bunch, because he's managed to coax more outs off of crushed line drives than any pitcher I think I've ever seen. He's walked more hitters than he's struck out this season, and has allowed 51 of 132 batters faced to reach base, for a .386 OBP. Again, that's rather pathetic.
And yet, he's still on the team, and still blowing games. I long ago decided the manager can't be trusted to make the right decisions on which players to trust. There's too much misplaced loyalty, veteran trust, and inability to ever admit a mistake in La Russa's makeup for him to make the right choices based on performance and usefulness. Instead we get nebulous praise for Miguel Batista for being a leader in the bullpen and a middle infield that can't catch a groundball to save either of their scrappy little lives.
So at this point, the bullpen's continued ineffectiveness has to fall on John Mozeliak. I've defended Mo all along from various slings and arrows, because I honestly doubt he has full autonomy to shape the roster the way he wishes due to the Hall of Famer with a permanent position in the organisation sitting in the dugout. But at some point in time the General Manager has to stand up, recognise the problems this club has, and take steps to correct them. If it ends up with Johnny Mo's ass in a sling, so be it. At the very least, we can all finally see one way or the other who's really running the show here. He absolutely has to do what's right for the team.
So get it done, Mo. Cut the deadwood off the roster, and save Tony from his own mistakes. It's your team, so fix it. Get these guys out of here.