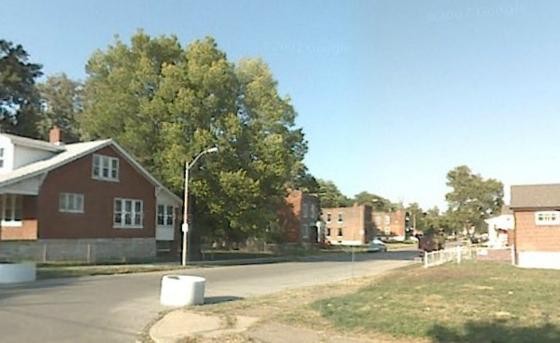 The incident occurred around 11:55 a.m. Monday, when police were called to the 2000 block of DeSoto (above) in the College Hill Neighborhood. Noldin, 35, of the 6700 block of Champana Drive in Florissant, had been shot multiple times and was pronounced dead on the scene. An investigation is ongoing.