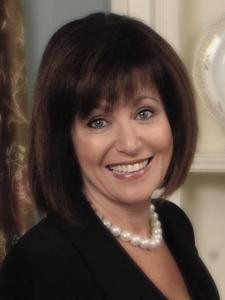 Francine Katz, who served as a vice president at Anheuser-Busch before resigning her position and filing a lawsuit alleging the company encouraged a "frat party" atmosphere and discriminated against female employees, has beat the brewery in appellate court.

Katz filed her lawsuit a year after resigning her position, in 2009. The brewery almost immediately sought to get it dismissed from the Circuit Court of the City of St. Louis. When Judge Mark H. Neill denied that motion, and denied the brewery's request to force Katz into arbitration proceedings, A-B appealed.

But in an opinion issued this morning, the appeals court sided with Katz, finding that Judge Neill acted in appropriately in refusing to dismiss the gender-discrimination lawsuit.
Katz worked for the St. Louis-based brewery from 1988 to 2008, resigning soon after Belgian conglomerate In-Bev purchased the company. She had risen to become vice president of corporate communications and consumer affairs.

But Katz alleged that she was paid less than her male counterparts. She also alleged that Anheuser-Busch encouraged a "locker room" mentality that gave women little opportunity for advancement.

According to a Post-Dispatch write-up of Katz's suit at the time of its filing:

The lawsuit alleges that when Katz was promoted in July 2002, she received all the same duties formerly assigned to John Jacob, A-B's retiring executive vice president and chief communications officer. But she did not receive the administrative assistant, office suite with a conference room or the same salary, the suit alleges.

Today's opinion, decided unanimously by the three-judge panel at the Missouri Court of Appeals Eastern District, doesn't address the merit of Katz's claims -- only the company's attempts to force her into its arbitration process.

Katz had signed and entered into a "mutual agreement to arbitrate claims"  with A-B in 2000, according to today's opinion. But Circuit Court Judge Neill had found that, when InBev acquired the brewery, the agreement terminated and was no longer valid.

In its opinion today, the appellate court agreed. The appellate justices also found that it was too late for A-B to raise other claims that would force Katz into arbitration.

The case has been sent back to circuit court, where Katz will be able to continue to push her claims of discrimination.