Now Up for Auction Online: 1015 Locust 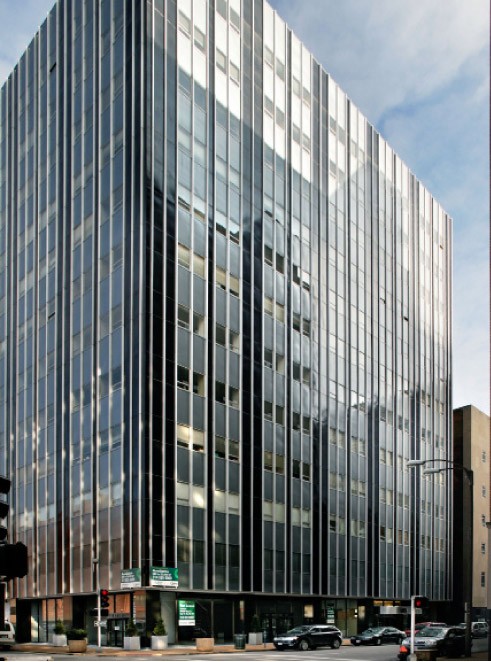 If you've ever wanted to own your very own downtown office building, this might be your lucky week.

Beginning at noon today, 1015 Locust, a 263,201-square-foot commercial building in downtown St. Louis, went up on the (virtual) auction block at www.auction.com. The minimum bid on the building is just $1.5 million. According to its listing online, the building is at 64 percent occupancy -- and also includes 283 parking spots inside the building. Sweet!

The sales gambit is one we've seen a bit of lately in St. Louis. In recent months, a whole chunk of apartment buildings in the Skinker-DeBaliviere were put up for auction, as well as 29 condos in the Blu City complex at Pine and 17th Street, on the edge of downtown.

The idea seems to be that, as the real estate market here continues to slump, auctions generate excitement -- and perhaps attract buyers who'd otherwise have no idea just how cheaply the property's owners might be willing to sell. The Blu City condos, for example, were marketed with a starting bid of just $39,000.

So while a first-time buyer might assume they'd be priced out of the downtown market, well...you hear a number like that and you start to get excited. And, if the sellers are lucky, you might even get excited enough to pay way more than $39,000 -- that's how auctions work on your psyche. And even if not, if the out-of-town investors who own these properties are desperate to unload them anyway, well, everyone wins.

Rick Weinberg, the media contact at auction.com, didn't respond to our messages seeking comment this morning. But records show the building had been owned by a local man, Tim Crowley, until January 2008, when it was snapped up by a group of New York based investors called Sovereign Partners. They paid $6.1 million -- and then proceeded to spend more than $4 million on renovations, according to city records.

So: We're talking about a building that was worth (in the boom, at least) $10 million to someone -- and it could now be yours for a fraction of that.

Bidding closes at 6 p.m. on Wednesday. So what are you waiting for? Time to make your move!