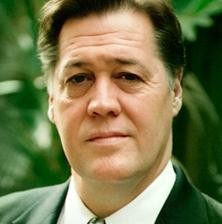 Perhaps no other journalist in the world has devoted as much time or penned as many words covering the Catholic Church and its sex abuse scandals as Jason Berry.

The New Orleans journalist has written three books on the subject, with his latest, Render Unto Rome, released just last week. This one details how the church spends its fortunes and what amount of that money eventually makes its way to the victims of sexual abuse.

His 2004 book Vows of Silence (co-authored with Gerald Renner) chronicled the church's cover-up of the sex abuse scandals and was later made into a movie. Before that, Berry's 1992 book Lead Us Not Into Temptation was one of the first works to report on the sexual abuse of children at the hands of Catholic priests.

Berry will be in St. Louis tomorrow (Tuesday) for a reading at the Schlafly Tap Room from 7 to 9:30 p.m. The reading is being hosted by The Faithful of Southern Illinois (FOSIL), Voice of the Faithful (VOTF) and the Survivors Network of those Abused by Priests (SNAP). Books will be available for purchase and signing through Left Bank Books.

In an interview Sunday with the Toledo Blade, Berry -- a practicing Catholic -- states: "I am severely disappointed and still shocked by the incompetence and corruption in the government of the church. But I don't want bishops, some of whom act like moral thugs, to drive me out of the place where I practice my faith. And I think a lot of Catholics feel that way."