Ashley Alford says her case was never about money. She just wanted to right a wrong and send a message that sexual harassment is not OK.

Last week, a federal jury in East St. Louis awarded Alford $95-million in a lawsuit in which the plaintiff -- now in her mid-20s -- reported being fondled, groped and borderline-raped while working at an Aaron's rent-to-own store in Fairview Heights in the mid-2000s.

Check out the full interview (and see a mugshot of the creep accused of repeatedly assaulting Alford) after the jump: 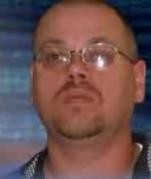 Richard Moore, Alford's former boss, now faces criminal charges for an assault in which he allegedly pinned Alford to the floor, masturbated and ejaculated onto her. In another instance he's accused walking up to a seated Alford, unzipping his pants and hitting her in the head with his penis.

And you think you have a bad boss?