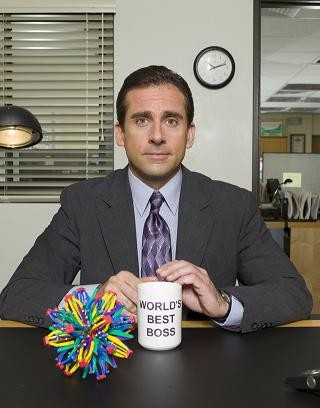 A lawsuit filed in 2008 against national retailer Aaron Rents could leave a former employee of the company $95 million richer.

Yesterday a federal jury in southern Illinois awarded the payout to Ashley Alford, who as a new employee of the company's Fairview Heights store in 2005 and 2006 allegedly experienced a grueling year of sexual harassment at the hands of her boss, Richard Moore.

The lawsuit, filed on Alford's behalf by the Equal Employment Opportunity Commission, alleges that the then 20-year-old Alford was a frequent subject of Moore's sexual advances. The harassment was so bad, it eventually led to an arrest and criminal charges.

As detailed in the lawsuit (a copy of which is viewable below), Moore, of St. Charles County, is accused of groping Alford and suggesting that she give him "sucky-sucky" in exchange for the gifts he bestowed on her. In one instance, Moore is actually accused of taking his penis out of his pants and striking Alford in the head with it. In another instance -- the incident that led to the arrest and criminal charges -- Moore is accused of ripping off Alford's clothing and holding her down while he masturbated over her.

Meanwhile, the lawsuit alleges that Moore's bosses turned a deaf ear to Alford's complaints regarding her treatment on the job. As detailed in the Post-Dispatch, a federal jury yesterday sided with Alford -- awarding her $15 million in compensatory damages and $80 million in punitive damages.

In a statement, Aaron's called the verdict the work of a a "classic runaway jury" and said it would appeal. Aaron's has more than 1,800 company-operated and franchised stores in 48 states and Canada, according to its website.