Reginald Booker: St. Louis Homicide No. 59; Shot Along With Another Man 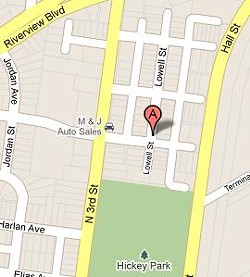 A 31-year-old man was found dead over night in north St. Louis. Next to him was another victim, critically wounded by gunfire.

St. Louis police say they were called around midnight today to the scene in the 8800 block of Lowell near the intersection of Riverview and Hall streets. There they found Reginald Booker, of the 12000 block of High Crest in north county, lying dead in the street from bullet wounds.

Another man, described only as 32-year-old black male, was nearby and suffering from multiple gunshots. He was taken to the hospital and listed in critical condition.

An investigation is ongoing. St. Louis police tell Daily RFT that the city has officially recorded 59 homicides through today. Last year the city had 56 murders through the same date, June 10.