Your Roof is Super HOT; Should You Paint it White?

A regular reader of Daily RFT contacted us yesterday to say he'd just painted the roof of his south-city duplex completely white. The hope was that it would keep the second floor of his home cooler, but he initially didn't think it would do much.

(We asked, and he claimed in reply that he did not work for a hardware store or would benefit in any way from this; he admitted only to being a big "home improvement nerd.")

From the pictures he sent in, it appears he got some outrageously different temperature readings while comparing his newly-painted roof compared to that of his duplex neighbor: 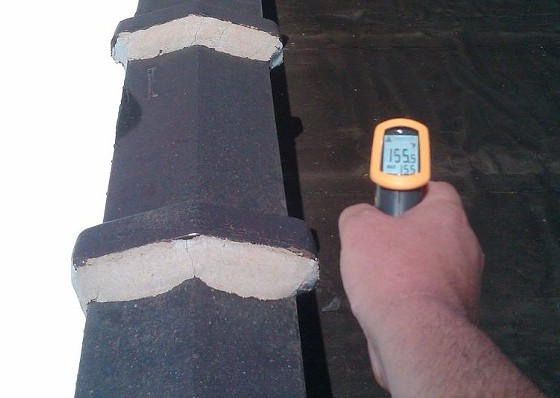