A 4.2 magnitude earthquake rattled the St. Louis region around 3:10 a.m. today, according to the U.S. Geological Survey.

The temblor originated near Richwoods, Missouri, (approximately 51 miles southwest of St. Louis) and could be felt as far away as Alabama. No injuries or major damage have been reported. 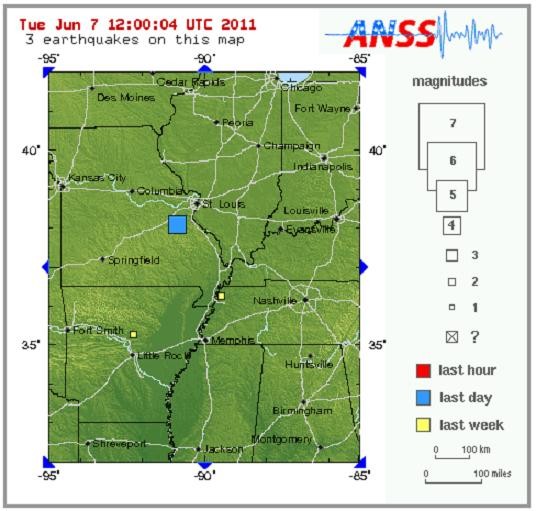 The quake reportedly lasted around three to five seconds, with people reportedly hearing dishes and windows rattle and feeling the ground shake and sway.