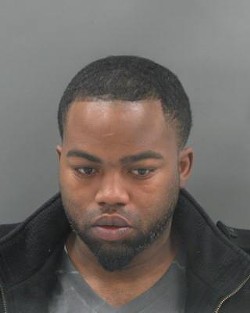 The man whom police thought they were in a standoff with yesterday (but who'd actually fled the scene before the cops arrival) remains at large.

This morning the St. Louis Circuit Attorney's office issued warrants against 28-year-old Anton Simmons, charging him with two counts of second-degree domestic assault, one count of third-degree domestic assault, one count of armed criminal action and two counts of second-degree endangering the welfare of a child following a domestic disturbance early yesterday morning in the 3700 block of Minnesota.

Police report that they were in contact with Simmons, of the 4400 block of Chippewa, yesterday and thought he was going to turn himself in. That didn't happen. If you see him, you're asked to call 911 or contact CrimeStoppers at 1-866-371-TIPS.