June 02, 2011 at 12:33 PM
comment
A woman in her 20s and a two-year-old male toddler are safe this afternoon after what authorities first reported to be an early morning standoff in the Gravois Park neighborhood of south St. Louis. 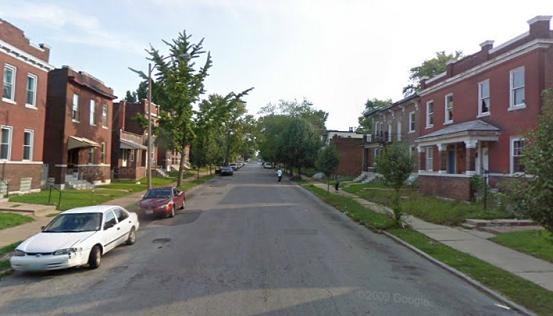 According to police, the incident began around 4:44 a.m. today in the 3700 block of Minnesota (above) when the woman was allegedly assaulted by a 28-year-old man with whom she's in a relationship.

The woman managed to escape the home but left a two-year-old child inside. Police arrived thinking that the suspect was still inside with the child.

That didn't prove to be the case. The suspect had fled prior to the police arriving on the scene. As of 11:30 a.m., the suspect remained at large, though police were in contact with him via cell phone and asking him to turn himself in.