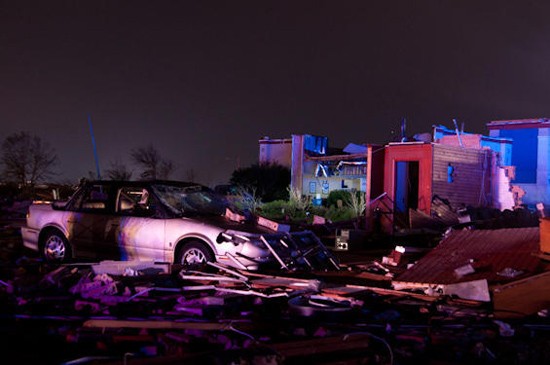 UPDATED 6/13 with a revised body count

There are no more residents of Joplin, Missouri, on the missing person's list. There are no human remains that haven't been accounted for. The number of fatalities, attributed to the tornado that tore through the southwest Missouri town on May 22, stands at 134 -- making it the nation's deadliest since the National Weather Service began keeping official records of these things in 1950.

According to the News-Leader, the fatalities includes three people who've died in a local hospital following the tornado, as well as 131 more who were killed more quickly. There are an additional 750 people reported as injured, according to the National Weather Service.

The previous record for tornado-related fatalities in the U.S. came from Flint, Michigan, in 1953. That tornado killed 116.

The National Weather Service's summary of the twister that hit Joplin concludes that it cut a path through town that was 13.8 miles long and 3/4 of a mile wide. (For more on just what those numbers would mean in St. Louis, see Chad Garrison's post here.) Winds reached up to 200 miles per hour.

In addition to the loss of life, official says as many as 9,000 jobs may be lost in Joplin.

UPDATE 6/13: As of June 13, the death tally has been increased to 153, Reuters reports. And as more people continue to die from the fungus that the tornado churned up, and other ailments, that number is only expected to increase.