Cardinals Lose To Those Queer-Loving Giants; San Fran First Team to Join "It Gets Better" 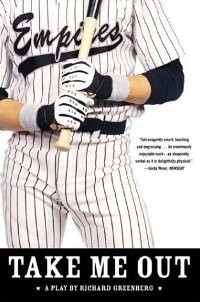 It's bad enough that the Cardinals blew the lead in the ninth inning last night to fall by a score of 7-5 in extra innings. But to lose to a bunch of gay-sympathizing, touchy-feely, socially-conscious men like the visiting San Francisco Giants?! Oh the humility!

And why is it that I call the Giants players such adjectives? Because they're the first professional sports team in the U.S. to join the online It Gets Better Project, aimed at reducing suicides among gay teens.

Kudos, too, to them.

Professional sports remains one of the few arenas (literally) left in America where the topic of homosexuality is largely verboten. Here in St. Louis, the Cardinals won't even put same-sex couples on "Kiss Cam" during LGBT night at the ballpark. Moreover, WWGBD (what would Glenn Beck do) if his pals Tony La Russa and Albert Pujols came out in support of gays? That relationship just might not get better.

Well, the world champions have the stones to publicly state that they're okay with being gay. (Or, at least, have no problems with others being gay.)

Check out the video below that the Giants released yesterday featuring Sergio Romo and other players. Yes, the same Sergio Romo who got the win against the Cardinals last night. Ouch, again. (One wonders: Will fans at opposing stadiums now start heckling Romo with "homo" chants like they do with a certain NFL quarterback who shares his last name?)

P.S. The Giants involvement in "It Gets Better" began following a petition drive from fans. A similar petition campaign is currently underway in Boston. Could we see the same in St. Louis?