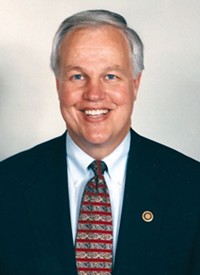 By a vote of four to two, the St. Charles County Council passed legislation yesterday that would put a countywide smoking ban on the November 2012 ballot.

The issue isn't a done deal yet, as County Executive Steve Ehlmann could veto the proposal and keep it from the ballot. Ehlmann has been somewhat critical of smoking bans in the past -- and the council would need five votes to overturn an Ehlmann veto.

The council added another provision last night that would strip the Ameristar exemption if St. Louis and St. Louis County change their smoking bans to include casinos.