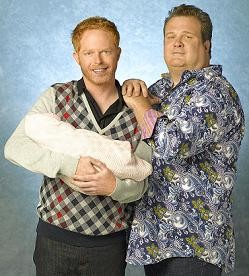 Congratulations, Illinois' LGBT community. Beginning tomorrow, you can proverbially tie the knot in the "Land of Lincoln."

True, you can't technically call it marriage, but Illinois' new civil-union law provides you many of the benefits enjoyed by married, heterosexual couples and signifies a big step toward gaining you the civil rights you deserve.

Of course, try telling that to the Rockford Diocese of the Catholic Church. Last week the diocese announced it would end its state-funded adoption and foster care service for fear that the new Illinois law could require it to place children in the homes of homosexual couples.

According to a spokesperson for the diocese, Catholic doctrine "does not condone same-sex unions or unmarried cohabitation between individuals of the opposite sex."

"We believe in the natural order of marriage and the sacrament of matrimony between one man and one woman," said spokesperson Penny Wiegert. "We also believe and promote the optimal God-given privilege of every child to be reared in a safe and loving family with a committed and loving male father and female mother whenever possible."

The diocese had wanted language in the the law that would allow it to refer same-sex couples to other agencies that assist the state with adoptions and foster care. Catholic Charities of Rockford handles some 300 children in foster care. Those children will now be placed with other groups.

Meanwhile, other Catholic dioceses -- including those in Springfield and Southern Illinois -- are weighing their options and could choose to end their adoption and foster care programs thanks to the new law.

This, mind you, from a religious outfit that for decades aided its homosexual and/or pedophile clergy in the rape and/or molestation of hundreds of innocent children.

"This is a sad display of bigotry by Catholic Charities, and their bigotry will now be harming the children in their care," responded Anthony Martinez, executive director of the Chicago-based LGBT organization, The Civil Rights Agenda. "Those are the victims in this, and my heart truly goes out to them."