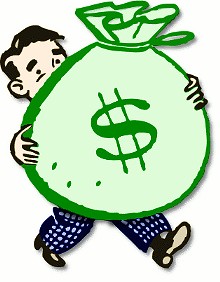 A $60 million class-action settlement agreement between A.G. Edwards and a group of account holders who accused the company of a conflict of interest and unjust enrichment has been permitted to stand.

The Missouri Court of Appeals Eastern District released an opinion this morning, upholding the agreement and rejecting the claims of account holders who'd objected to the settlement and attempted to intervene in the case. That means a staggering $21 million will go to the attorneys who handled the litigation.

The agreement was reached in February 2010 after repeated attempts by the St. Louis-based financial services company to have the suit dismissed or moved to federal court.


The company -- which is now part of the Wells Fargo behemoth -- literally moved the case to federal court no less than three times, only to find themselves sent packing back to state court by federal judges. It twice attempted to get the Missouri Supreme Court to intervene. It also filed motions attempting to dismiss the case at least six times.

Once all those appeals were exhausted, the company agreed to mediation. The result? A settlement requiring the company to pay $26 million in cash to the class-action members, along with $34 million in vouchers.

That outlay, however, includes $21 million in fees to the attorneys who pursued the case. It also includes up to $1 million (for A.G. Edwards to administer the settlement) and $600,000 (for legal expenses, on top of those $21 million in fees) -- all to be paid out before any plaintiffs see a dime.

In light of that, suffice it to say, there won't be much cash left for the class's 1.6 million members. Other than the two lead plaintiffs, who were each awarded $10,000, our calculations suggest that other 1.5999 million members of the class could be looking at a mere $2 each, plus whatever vouchers they're entitled to.

But the appeals court found in its opinion today that there the trial court did not err in ruling that settlement was "fair, reasonable and adequate."

there is no evidence of any fraud or collusion behind the settlement and neither [of the plaintiffs objecting to the settlement] allege there was fraud or collusion. Second, the litigation leading up to settlement lasted nearly five years, was procedurally and substantively complex, and was expensive with the likelihood of potential additional years, complexity, and expense on appeal. Third, the settlement was reached weeks before trial and after extensive discovery had been completed. Fourth, the bottom range of possible recovery was no recovery, considering the weakness of Plaintiffs' claims. Fifth, the opinions of class counsel and class representatives unanimously favored the settlement without objection.

The original lawsuit, filed in 2005, alleged that mutual-fund companies had made payments to A.G. Edwards. The lawsuit alleged that "[t]he undisclosed kickbacks paid to Defendants created unmanageable and continuing conflicts of interest and breaches of fiduciary duties....These secret kickbacks provided undisclosed and improper compensation to the Defendants, while the preferred funds received increased visibility in the Defendants' extensive mutual fund distribution network."

A.G. Edwards was acquired by Wachovia in 2007. And, one year after that, Wells Fargo acquired Wachovia. The company is now headquartered in South Dakota.