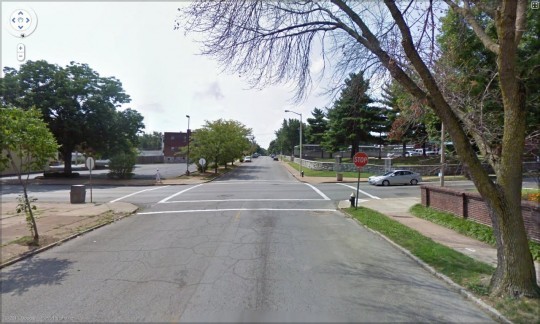 Two men were shot yesterday in separate incidents in St. Louis -- but both are expected to survive the attacks.

In the first instance, a man in the 4100 block of Nebraska Avenue, at the intersection of Meramec, was shot in broad daylight while walking through an alley. According to the St. Louis Metropolitan Police Department, the victim, a 21-year-old black male, was shot by another black male believed to be in his early 20s. The suspect was described as approximately 5'7", with a thin build, dark complexion and low-cut hair. He was wearing all black clothing.

That shooting happened around 12:30 p.m.; the victim was taken to the hospital and is in stable condition.

What makes yesterday's shooting particularly troubling, however, is that it happened in Dutchtown, the site of a series of recent shootings -- two men have been shot in the neighborhood in the last two weeks while interrupting burglaries. (One man, St. Louis American circulation manager Paul Reiter, was killed; the other, who has not been named, is in serious condition.) That neighborhood was also the site of the high-profile killing of Hoang Nguyen, an elderly Vietnamese immigrant who was beaten to death while walking to the grocery store.

Police have launched the Dutchtown Now initiative to curb violence, but if yesterday's shooting is any indication, they have a tough challenge ahead.

Last night, another man was shot in near O'Fallon Park, in north St. Louis, according to the police department. Around 12:20 a.m., a 39-year-old black male was walking in alley near 4400 Bircher when a younger black male brandished a gun and demanded his wallet.

"The victim attempted to disarm the suspect and the suspect's gun discharged, striking the victim in the leg," according to the police department's official summary. "The suspects then fled east on Bircher. The victim was taken to an area hospital where doctors indicated he was stable and had a non-life threatening injury." Police say the victim recognized his assailant, so this one might get solved pretty quickly.