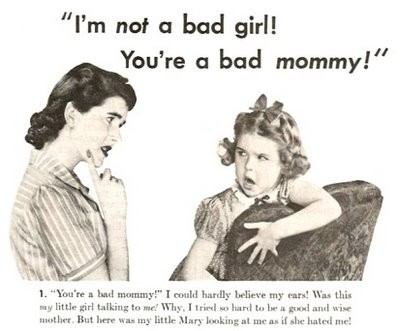 Bad news for parents out in St. Clair County: Prosecutors are warning that if your kid acts up, you could face criminal charges.

That's the word from the Belleville News-Democrat, which reports this morning that St. Clair County State's Attorney Brendan Kelly and Belleville Police Chief William Clay recently sent a letter home with Belleville High School students, warning parents that they too could be subject to a misdemeanor charge if their kids get busted.

It's called the Improper Supervision of Children Act, and it can come with fines and a misdemeanor charge. And while the law has been in place for years, the officials say they recently "rediscovered" it in light of teens acting out -- and they intend to use it.

The letter, addressed "Dear Fellow Parent" and signed by both Kelly and Clay, says that in some recent situations, parents didn't know where their children were, whom they were with, and what they were doing.

"As parents, we understand how challenging it can be to raise children, especially teenagers," the letter states. "However, we each have a duty to provide the proper supervision over who our children associate with, where they go, and the actions they take."

This comes on the heels of an Illinois legislator who wanted to force parents to pay more taxes if they were raising fat kids. Which makes us wonder what kind of message these politicians are sending to the children of Belleville.

Such as, if you steal or commit vandalism, it's really your parents' fault? And if you perpetually hit up the vending machines for chips and Coke, your parent is to blame?

That's just the message the youth of today need to be hearing...