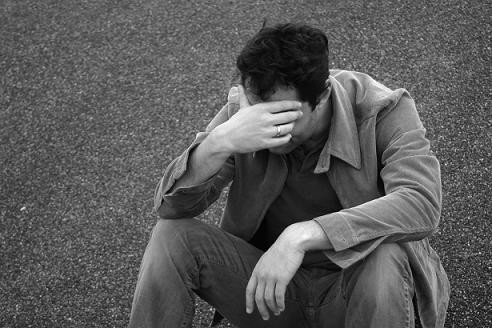 A new study measuring how men and women feel about supporting causes and the power of social media has us worried about the future of mankind.

And by mankind, we mean strictly men. The chicks are alright -- but it turns out dudes are cynical sad sacks!

According to the study, significantly fewer men answered that they "strongly" or "somewhat" agreed with statements such as, "I believe everyone can make a difference by supporting causes" and "Supporting a cause can give you sense of purpose and meaning in your life."

Even worse, when the guys were asked what causes they believed in, they couldn't even get excited about feeding the hungry. Seriously, guys, who doesn't care about that??? That's right up there with "helping the children" when it comes to feel-good stuff we can all get behind. Yet only 34 percent reported involvement with that cause, compared to 43 percent of women.

In fact, the only two causes in the poll with which men reported statistically significant higher involvement than women were the tea party and prostate cancer -- with 17 percent of men surveyed identifying as tea partiers and 21 percent claiming to be involved in the prostate cancer cause.

Really, guys -- apparently all you care about are your own reproductive organs and trying to lower your own tax burden. Meanwhile, women are out there feeding the hungry (43 percent), crusading against drunk driving (24 percent) and chiding overweight kids stopping childhood obesity (18 percent).

The men vs. women breakdown on "general cause findings," per the study:

The survey, part of a larger study called "Dynamics of Cause Engagement," was conducted by Oglivy Public Relations Worldwide and Georgetown University's Center for Social Impact Communication. Which means it's not one of those made-up attempts to get Internet traffic by the Daily Beast or whatever -- real scientific methods were involved! And they've concluded men are causeless!

Although, we should note, they've officially titled their findings, "Women are strongest believers in the power of supporting causes." Hey, you say the glass is half full; we're definitely in the half-empty camp, especially when it gives us an excuse to talk a little trash.