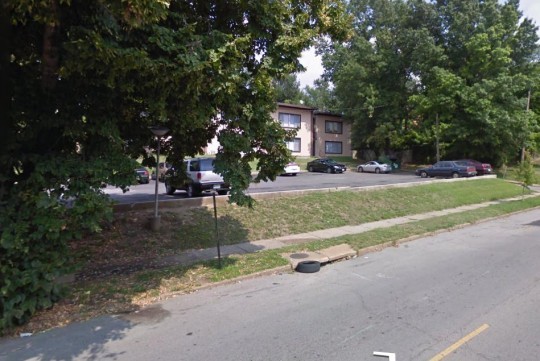 A 28-year-old man is in serious condition after interrupting a gun-toting burglar trying to break into his neighbor's apartment last night.

The man, whose name is being withheld by police, was at his home in the 3700 block of Delor, just off South Grand Boulevard in the city's Dutchtown neighborhood at 11:39 p.m. when he heard the sound of breaking glass coming from the unit below. When he walked outside to investigate, he was confronted by a suspect who shot him in the throat and chest before fleeing on foot, according to the St. Louis Metropolitan Police Department.

The suspect is being described as a black male, 18 to 25 years old, 6'2" and 195 lbs, wearing a white t-shirt and black shorts. The investigation is ongoing.

The scene of the shooting is less than a half-mile from where St. Louis American circulation manager Paul Reiter was shot and killed May 10 under remarkably similar circumstances -- police believe Reiter was interrupting a burglary at his neighbor's home.