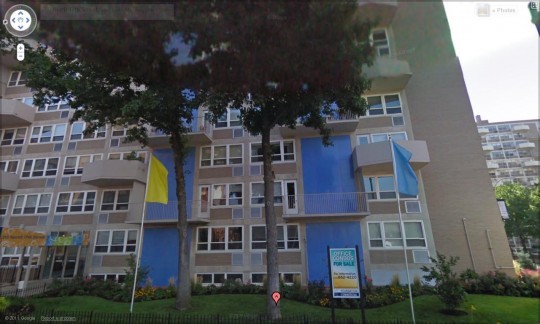 If you've been dying to live on the edge of downtown, but thought there was no way you could afford a $250,000 condo -- well, you're probably right about that. There is no way you can afford a cool quarter-mill in this wretched economy.

But if you can afford the low, low price of $39,000, who knows? One of the Blu City condos at Pine and North 17th Street could be yours!

So far, 75 homes in the building have sold, and the owners have just announced that they're putting the other 29 up for auction next month. The princely sum of $39,000 has been set as the minimum bid.

There seems to be something of a trend here -- this is the second time we've seen a company use the excitement of an auction to heighten interest when they have multiple properties to unload in this slow-moving market. (The other, a package of rental units, condos and other properties in DeBaliviere Place, was put up for auction last month.)

We have a call out of the property's owners; we'll update this post if we hear back.

For the record, the Blu City condos were never all that expensive to begin with. According to our nexis research, California-based Silverstone Communities announced in late 2006 that it would transform the former Bethesda Town House senior apartments into condos. They were originally expected to hit the market by mid-2007 -- with prices starting at $80,000 for a 430-square-foot studio. (One-bedroom units were priced in the range of $120,000.)

In spite of those can't-beat-'em prices, location may have curtailed sales. Buying one of these babies would put you pretty close to downtown's rougher western edge, about a block from the library and all too close to a couple of parks that are highly popular with the city's transients. But the neighborhood isn't all bad; it would also put you just a half-mile from the heart of Wash. Ave -- and even closer to cool stuff like the City Museum.

The auction is scheduled for June 25 at the Marriott One St. Louis Station downtown. In the mean time, start begging your Grandpa for your $3,900 downpayment -- or just go check out the auction info center on site at 210 N. 17th Street from 10 a.m. to 7 p.m. daily.