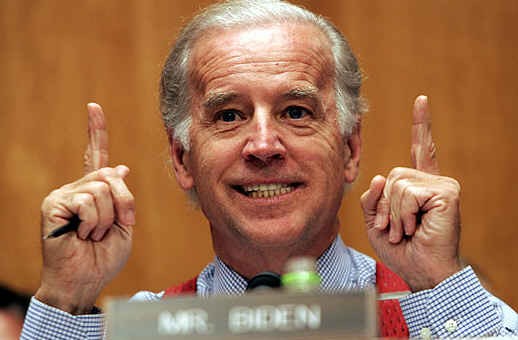 The next time Joe Biden suggests President Obama is surprisingly "bright and clean and articulate," or plagiarizes someone else's life story for a sob-story speech, or suggests "jobs" is a three-letter word, it's going to be our acid test for the quality of Wash. U. education.

That's because Kendra Barkoff, a 2002 graduate of Washington University, was named Biden's new spokeswoman yesterday. Barkoff, who had been working in the press office of the Department of the Interior under Ken Salazar, will now be partly responsible for keeping the gaffe-prone veep on track.

Sadly, we can't claim Barkoff as a real St. Louisan -- her official bio says she's a native of northern California, so that's presumably where she went to high school. (And that, we all know, is what really counts.)
But we can't help but amuse ourselves with the notion that this'll become a Battle of the Missouri College Grads, in light of another locally educated girl-made-good who's been in the news lately. And unlike Barkoff's promotion, this one hasn't been viewed in an entirely favorable light.

That may be because Tarrah Cooper is less experienced than Barkoff, but she's also working in Chicago, where (let's face it) the politics can get dirty, and the news media is notoriously aggressive. Cooper, a 2008 graduate of the Missouri School of Journalism, was only just hired on as Rahm Emanuel's new press secretary, but she's already pissed off one local columnist.

As Chuck Goudie wrote in his column in the Daily Herald of Arlington Heights, Illinois, which was subsequently linked by the influential media blogger Jim Romenesko,

In our very first conversation, rather than simply answer the questions, Ms. Cooper stated that she wished to speak "off the record." I informed her that I wouldn't have such a conversation, especially not with someone who is in the business of providing public information. Seemingly frustrated by that, she said that she'd have to call back.

During a series of subsequent calls and emails, Ms. Cooper waged a relentless, several-hour campaign to convince me that such a finding by a federal panel against their choice to run the Chicago schools was not a news story. Sounding like a robocall, she persisted in the theme that "this isn't a story."

When Goudie kept pushing, Cooper went radio silent. He's now filed a series of basic questions asking how much she'll be paid and what qualifies her for such a big job, but she's not talking.

As Goudie concluded his column,

In more than three weeks she has yet to answer any of the questions. After asking a few times to meet me "off the record," which I declined, Tarrah Cooper has stopped replying.

It is interesting that the mayor's new press secretary felt no inhibition about displaying hundreds of personal photos on her public Facebook page, showing her partying with friends, in beach attire and at a slot machine.

When you are 25, apparently some things are OK to be put on the record.

Ouch! When the No. 1 rule of public relations is to make sure the story isn't about you, this one really had to hurt.

So would have our Wash. U. grad have been able to handle this crusty old-school journalist more adroitly? Our bet's on "yes" -- although we suspect that's just because she's not, you know, 25.