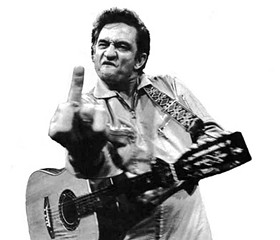 Yesterday, as the Cardinals were doing their damnedest to drive up sales of antacids while very gradually winning a game against the Kansas City Royals, they may very well have suffered a much larger loss than anyone yet realizes. Gerald Laird, backup catcher extraordinaire, was hit on the hand attempting to bunt and suffered a broken finger.
It's still unknown how long Laird will be out, but considering the finger in question is on his throwing hand, common sense dictates it will probably be a significant amount of time. A few speculative reports here and there have floated the idea of six weeks, but it's too early to have a firm number in hand.
The really bad news, though, isn't that the Cards lost Laird. Or, at least, not just that they lost Laird. The worse news is the Cardinals may very well have lost Yadier Molina, too. Well, the really good version of Yadier Molina, anyway.
I'm sure it hasn't gone unnoticed, but Molina has been experiencing an offensive renaissance of sorts in 2011. His batting average is up from last season, but that's probably the least important thing. He's been hitting for more power as well. Yadi will never be a walk machine by anyone's standards, but the hitter he has been so far this season is an impressive plus for this Cardinal team.
I don't think it's a coincidence Molina has played exceptionally well this season, either. He's receiving more rest on a more regular basis than he has the past couple years, and I would posit that has everything to do with how much stronger Yadi looks. Catcher is a tough position, quite possibly the toughest in all of baseball. Far more than the skills required to play the position well, the simple physical meat grinder the position puts player through tends to wear down even the heartiest of backstops.
So far this season, Laird has appeared in fourteen games for the Redbirds, starting ten times. Molina has appeared in 40 games out of 48, starting 37. Three out of four games is a pretty ideal number for a starting catcher, giving him ample time to rest his legs. Any more than 125-130 games a season and even the most durable catchers seem to start wearing down. Molina played virtually every game down the stretch in 2010 after Jason LaRue was injured by Johnny Cueto's Chun Li impression. (You know, Chun Li, from Street Fighter? Chinese girl with a bunch of kick-related special attacks? Oh, don't give me that look. You totally know what I'm talking about. Nerd.) He looked gassed by the end of the season, and rightly so.
The coaching staff trusts Laird, and they aren't afraid to give him playing time. He may not have quite the same skillset Molina does, but the dropoff from Yadi to backup is smaller now than it's ever been in his major league tenure. Because of that, Molina gets his extra days off and the club doesn't suffer. I would go so far as to say Gerald Laird has been one of the canniest moves in recent Cardinal history, and I say that as someone who has literally never cared about a backup catcher signing before.
Now, though, that's all about to change. The Cardinals are now forced to reach into their minor league system and bring up an untested youngster. Tony Cruz looks to be getting first shot, but in a larger sense it almost doesn't matter who the player is. There's no way Tony La Russa and Dave Duncan are going to be comfortable enough handing their pitching staff over to some rookie to give Molina regular rest.
Hopefully, Laird won't be out long, and LaRussa and Duncan can resist the urge to run Yadi completely into the ground in the meantime. I've been impressed by their willingness to hand high-leverage innings to relatively untested kids; maybe this will be the same sort of thing and they'll recognise the importance of Yadi getting time off the field. But if they can't, and Molina is forced to play 33 of the next 35 games or something along those lines, don't be surprised if the strong, (relatively) spry Yadier we've seen this year goes by the wayside.