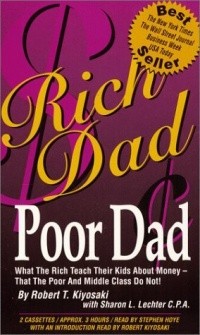 Shawn Moody just wanted to get back to work. After a career in sales, the 50something Moody found herself unemployed in early 2010. So when she heard about the Rich Dad, Poor Dad seminars coming to her city of Greenville, South Carolina, she signed right up.

The seminars, inspired by the Oprah-approved book by Robert T. Kiyosaki and hosted these days by Florida-based Tigrent Inc., purport to teach people how to make a killing in real estate or other investments.

But the only thing that ended up getting killed in Moody's case was a hefty chunk of her bank balance. She says she learned little from the company, yet found herself on the hook for $10,000 -- a sum she's still paying off.

The Rich Dad/Tigrent guys are bringing their schtick to St. Louis this weekend, with a real-estate investment seminar at the Hilton St. Louis Airport. (They're also bringing a business marketing seminar in late June.)

And the Better Business Bureau is warning would-be rich dads to proceed with caution.

Tigrent Inc. and Rich Dad Education have both earned an "F" from the BBB, the lowest grade possible. More than 140 complaints have filed across the nation, the BBB says, with 28 of them unanswered.

But don't take the BBB's word for it. Just ask Shawn Moody.

"I was all excited about it," she says of the $495 seminar she agreed to attend after an initial free session. "But the pressure to sign up that day [for more Rich Dad products] -- they don't allow you to look things up or do your due diligence at all." And woe to anyone with buyers' remorse: "They don't care. They're ruthless."

The company initially offers free, three-hour seminars, which convince customers to sign up for a three-day workshop for the low, low price of $495. But the real money-maker seems to be the high-pressure sales pitch at the second seminar, which tells would-be "rich dads" they need to sign up for further education and/or mentoring right then and there. (And, in fact, there are even allegations that the seminars include an exercise in which attendees call their credit card company and negotiate an increased credit limit, Smith says -- all the better to finance more Rich Dad products that very day.)

And while there's a three-day window to cancel any financial commitment, in Moody's case, that was worthless. Because the first day of the pricey seminar she agreed to buy didn't start until a few days after three-day window, she was out of luck. When she tried to cancel her credit-card payment, she was denied.

As she wrote in a June 2010 complaint provided to Daily RFT, "This doesn't allow for anyone to ask for a refund after they have seen how bad their training is...but it allows them to tell the credit card companies that they had a return policy in place. The only way you would submit the cancellation notice in time would be if you had buyer's remorse the next day, since the cancellation notice must be received at their headquarters in writing by the third day and ALL their paperwork has their Utah address -- not their corporate headquarters in FL, so they would never receive it in three days."

It's those kind of techniques that have drawn the BBB's attention.

"We aren't telling people not to go," Smith says. "We are saying, if they want to go, well, they're going to give you a contract. And you need to take that and take time and go through it." If anyone demands that you sign up right away, Smith warns, be cautious. "If somebody is pressuring you to make a decision that quickly, something should go off in your head."

Frankly, the whole sordid business reminds us a bit of our previous foray into the almost-free seminar business, the Get Motivated! tour that we attended last month at Scottrade Center. That business plan, too, relied on consumers willing to attend a nearly-free seminar (in Get Motivated!'s case, it cost $1.95 and featured Laura Bush, Colin Powell and Kurt Warner as bait).

Then, once you're a captive audience, they give you a hard sell for a $99 seminar in just a few short weeks, plus an online investment tool that'll cost you $39 each month. The only catch was that you had to sign up RIGHT AWAY. We thought it seemed like an obvious attempt to get into our pockets -- but thousands of St. Louisans did not share our skepticism. They raced to sign up for the costly sessions.

We attempted to reach Tigrent/Rich Dad Education at its office in Florida yesterday, but the company's website doesn't list a media contact, and the internal directory is useless unless you know the name of the person you're trying to reach. When we attempted to reach the operator, we ended up on an endless loop of pressing one and listening to the phone ring.

For the record, the Tigrent people previously told the St. Louis Post-Dispatch that the problems stem from the actions of a previous owner -- and that they've been cleaning up their act since the fall of 2009. But Tigrent's own website shows it's been a partner in Rich Dad Education since 2006, long before many of the complaints cited by the BBB and long before Shawn Moody had her regrettable experience as recently as last year.

Moody, for one, is hoping St. Louisans don't make the same mistake she did this weekend with the "free" introduction to Rich Dad/Poor Dad.

"That's where they get you hooked," she says.

So unless you have an extra $10,000 lying around, you might be better off sitting this one out. Consider that our fool-proof financial advice -- and in this case, it really is 100 percent free.