Kozma the Great and Powerful 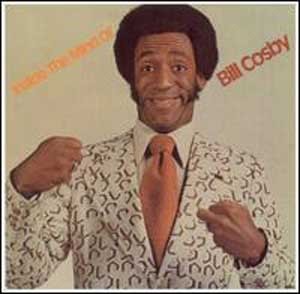 ​If you had told me, at nearly any point in the past three years or so, that Pete Kozma would one day make it to the big leagues, I probably would have laughed at you. Or, if you seemed like the sort of person to get violent if someone laughed at their opinion of a shortstop prospect, I might have just laughed to myself later on in the car. Hey, I'm opinionated, but I'm not stupid.
Since being drafted by the Cardinals in the first round of the 2007 draft, Kozma has had a rather undistinguished career. The bat has never come around quite like the organization hoped, and while he gets universally good reviews for his athleticism and potential in the field, his error totals have been very high. A weak bat and error-prone defense? You can understand why I might have been skeptical.
But there he was last night, getting the customary Busch Stadium ovation for a Cardinal making his debut, and then getting the standing-O again after collecting his first major league hit, extra base hit, and RBI all at the same time.
And for one night at least, Kozma looked like an absolute on-base machine, working a walk in his next plate appearance to finish out the night with a perfect 1.000 OBP, and a 3.000 OPS. If he retired tomorrow he could go down right along the all-time greats.
It's been a bit of an odd journey for Kozma, as he has climbed steadily through the Cards' system despite never really achieving success at any stop along the way. It's really a testament to the org's abject failure at developing middle infield talent that Kozma was pushed so aggressively. There simply weren't many (or any, some might say) worthwhile players ahead of him.
Along the way, Kozma has become the focus of much ire from Cardinal prospect watchers. His selection in '07 was seen even at the time as a reach, and worse yet, evidence of ownership's cheapness. Most who follow the MLB draft and the minor league system (including yours truly) wanted the Cardinals to take Rick Porcello, the high school phenom represented by Scott Boras who demanded -- and received -- a major league contract. In fairness to Kozma, most of the angst with him is misplaced; it's always been more about the guy the Cards left on the table than Pete himself.
So what should we expect from Kozma going forward? He became the tenth player from the first round of the 2007 draft to reach the majors last night; how long should we expect him to stay?
To be honest, the expectations for Kozma should be modest, to say the least. His career OPS in the minor leagues stands at .666, or 37 points lower than Ryan Theriot's major league OPS. That's Ryan Theriot, whose name is, by law, required to be proceeded by the title "Light Hitting Shortstop." With that in mind, I just don't see Kozma ever hitting enough to make much of a spot for himself in the big leagues.
Then again, Kozma does have two things going for him. He's still just 23 years old, and he has shown the range, hands and arm to play plus defense at times. (The key words being "at times." Much like Tyler Greene, Kozma has a bit of a reputation for lapses in concentration and missing routine plays.) At league minimum, Kozma doesn't have to hit all that much for his glove to make him potentially a very useful major leaguer. Still, for a guy who slugged just .384 in the notorious hitter's haven of Hammons Field in Springfield, there has to be some question if he can reach that bar.
For now, though, here's hoping the kid enjoys his cup of coffee in the majors. He'll likely be headed back down when Skip Schumaker comes off the DL to reclaim his roster spot. (That's right, almost forgot about ol' Skillet Hands Schumaker, didn't you? Well, he didn't forget about you!) I, for one, am happy to admit I was wrong. It's actually kind of nice to see a guy make it further than you every thought he would, even if you remain highly skeptical he'll ever be more than a warm body.
Pete Kozma is a major leaguer. You have to admit, that's pretty damned cool.