Mobile STI Testing in The Grove This Weekend 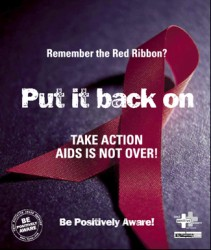 It can't be said enough: Sexually active people must know whether they have HIV or other sexually-transmitted infections. It's the first and most crucial step in preventing the spread of these infections and in seeking treatment when it's needed.

St. Louis Effort For AIDS is the city's oldest organization providing support to people with HIV and AIDS. Since 1985, they've offered testing and other supports. And, in a novel effort to reach out to the community, they've started offering mobile after-hours testing, too. It's called EFA After Dark.

This Friday, the group will park an RV in the Grove neighborhood, in the parking lot of Commerce Bank at the corner of Sarah and Manchester. They'll be offering free HIV and syphilis testing between 7 and 11 p.m. Folks can call for their results in two weeks, or they can opt for rapid HIV testing with results in fifteen minutes.

Infection rates for both diseases are on an alarming upswing in St. Louis. Moon says that in 2010, EFA testing saw seventeen positive HIV results. Now, not even halfway through 2011, they've seen nineteen cases. And, he says, syphilis rates in the city have doubled since last year.

"There is an increase in unsafe sex practices or people not getting tested," Moon says. "It hasn't gone anywhere but a lot of young men, in particular, think that HIV is this older disease."

Friday's event is the third EFA After Dark. It's an acknowledgment that not everyone can make their workaday hours for testing. For those who can, however, walk-ins are accepted Monday and Wednesday, and you can make an appointment any weekday between 9:30 a.m. and 4 p.m. by calling (314) 645-6451. On-site, they also do testing for gonorrhea and chlamydia.

Anyone who gets a positive result at the event will be referred for free treatment. Everyone leaves with a nifty T-shirt. But more importantly, they leave with the facts about their health.

And that, friends, is sexy.