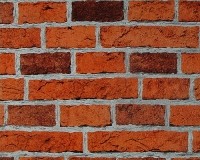 If approved, Board Bill No. 57 would require brick dealers to shut down their yards during weekends and install video cameras to capture all brick transactions. The bill would also require brick traders to photograph every brick they purchase. Violators of the new rules would be required to pay a penalty of $500 per brick and face up to 90 days in jail.

On paper, the actual requirements in the ordinance are a bit unclear, and we've left messages to Bosley to put them in context. Would the bill, for example, require each individual brick to be photographed? How would those photographs be catologued? Would the photos portray truckloads of bricks, or would each brick be photographed like a mug shot and stored in a database?

St. Louis, which was settled on an expanse of rich clay, has long been home to beautiful brick buildings; any stroll through north city, Soulard or Benton Park is proof of that. But the rising rate of brick theft here -- also called brick rustling -- has lately been a source of concern for residents and city leaders. The extent of the black-market brick trade is not known, but some have suggested that the bricks stolen from St. Louis ultimately get trafficked down to New Orleans. The story has been covered by The New York Times and St. Louis magazine, and a documentary is in the works.

Freeman's new bill is an addendum to an existing ordinance that seeks to control the sale of brick. In addition to keeping a photographic catalog of each brick that changes hands, brick traders would also be required to photograph the vehicles of their suppliers, who would need to present demolition permits identifying the initial location of the bricks.