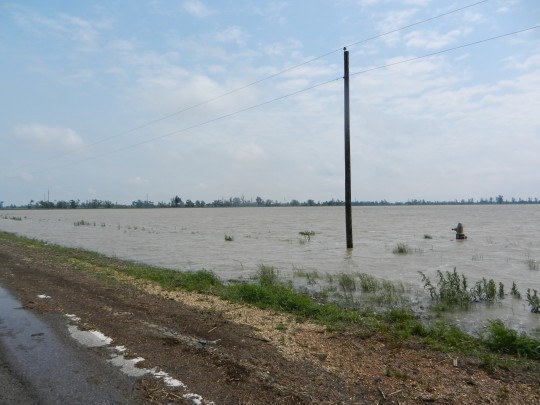 We've got more astonishing photos of Mississippi River flooding to share this morning, thanks to the nice people over at Google.

This latest set shows just how wide the river has spread in the area of Caruthersville, Missouri -- the county seat of Pemiscot County in the Missouri Bootheel near the Arkansas border. Pemiscot, for the record, comes from an Indian word meaning "liquid mud," but these days, thanks to heavy rains and the detonated Birds Point levee just upriver, Caruthersville residents are probably wishing for a lot less liquidity.

The river there has risen above 46 feet, breaking the previous record set in 1937. And it's not expected to crest until Sunday. At that point, KAIT reports, the National Weather Service predicts it will be just a few inches below the floodwall.

To get a sense of just how much water we're talking, check out this image from the area, taken in spring 2009. 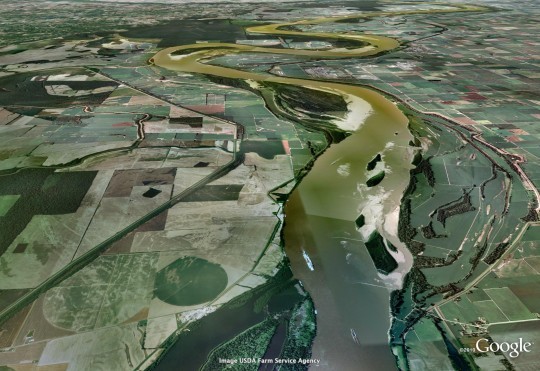 Contrast that with this photo of the same area, taken within the last 48 hours. 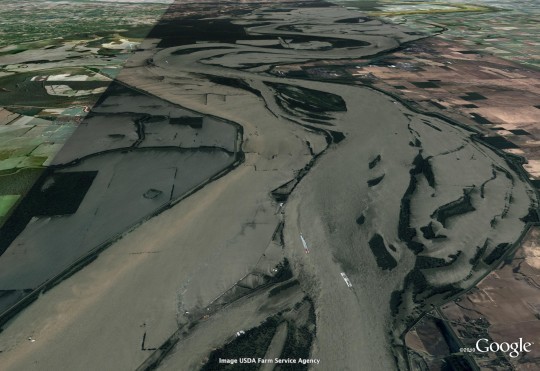 For a sense of just what that means to Caruthersville, check out this photo, which shows the town and the river in the spring of 2009. 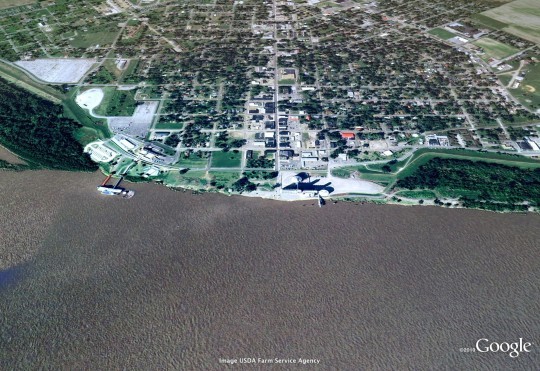 Contrast that with this image, taken of the same area within the last 48 hours.